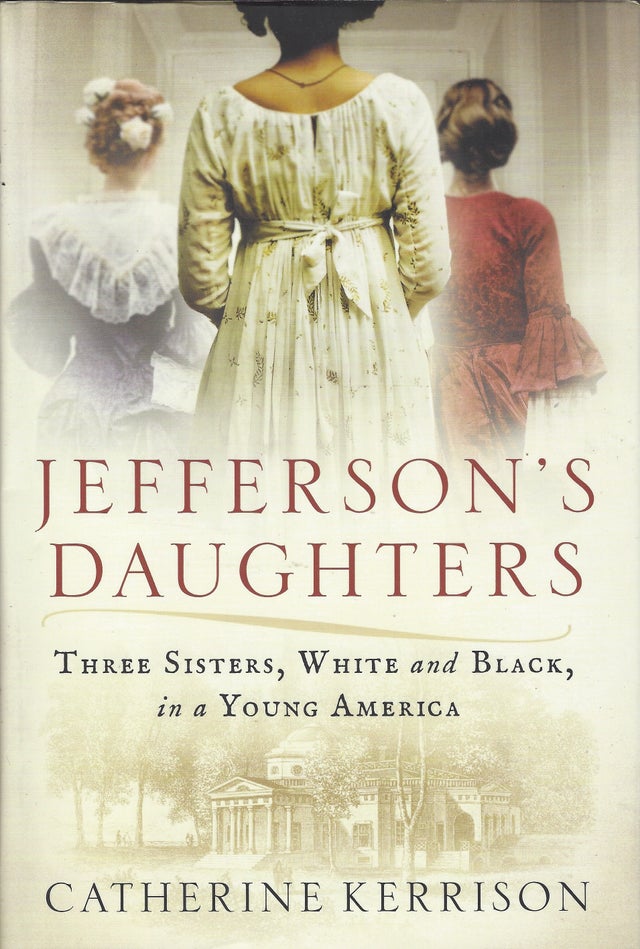 Thomas Jefferson had three daughters: Martha and Maria by his wife, Martha Wayles Jefferson, and Harriet by his slave Sally Hemings. In Jefferson's Daughters, Catherine Kerrison, a scholar of early American and women's history, recounts the remarkable journey of these three women -- and how their struggle to define themselves reflects both the possibilities and the limitations that resulted from the American Revolution.

Although the three women shared a father, the similarities end there. Martha and Maria received a fine convent school education while they lived with their father during his diplomatic posting in Paris -- a hothouse of intellectual ferment whose celebrated salonnieres are vividly brought to life in Kerrison's narrative. Once they returned home, however, the sisters found their options limited by the laws and customs of early America.

Harriet Hemings followed a different path. She escaped slavery -- apparently with the assistance of Jefferson himself. Leaving Monticello behind, she boarded a coach and set off for a decidedly uncertain future.

For this groundbreaking triple biography, Kerrison has uncovered never-before-published documents written by the Jefferson sisters when they were in their teens, as well as letters written by members of the Jefferson and Hemings families. She has interviewed Hemings family descendants (and, with their cooperation, initiated DNA testing) and searched for possible descendants of Harriet Hemings.

The eventful lives of Thomas Jefferson's daughters provide a unique vantage point from which to examine the complicated patrimony of the American Revolution itself. The richly interwoven story of these three strong women and their fight to shape their own destinies sheds new light on the ongoing movement toward human rights in America -- and on the personal and political legacy of one of our most controversial Founding Fathers.