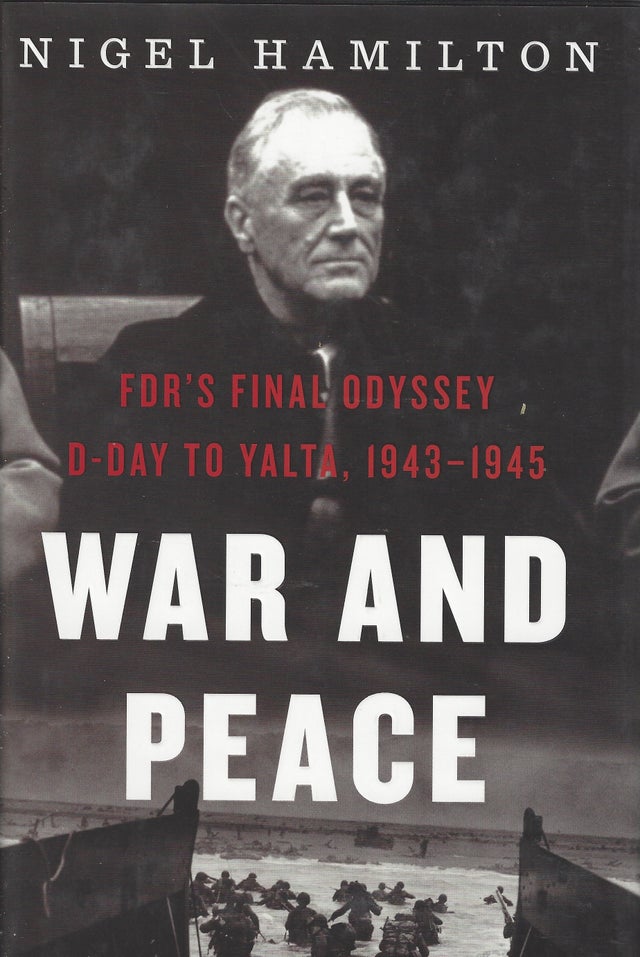 Nigel Hamilton's view of FDR's leadership has revolutionized our understanding of Roosevelt, Churchill, and their competing strategies in World War II. In planning the African and Italian campaigns, FDR had to overcome Churchill's obsession with the Mediterranean and defeat the British prime minister's resistance to mounting D-day. In War and Peace, his tour de force covering the climactic events of 1944 and '45, Hamilton reveals FDR's genius at Allied leadership: the man most responsible for D-day, and the visionary who planned for a lasting peace he would not live to witness.

In Hamilton's trademark detail, we see FDR design, defend, and ultimately insist on the great American-led invasion of France in June 1944, and why -- and how -- he appointed Eisenhower to command it. As FDR's D-day triumph turns to personal tragedy, however, we watch with heartbreaking compassion as coronary disease threatens his life. Yet how bravely thereafter the dying president attempts, at Hawaii, Quebec, and Yalta, to prepare the United Nations for an American-backed postwar world order.

Using hitherto unpublished documents and interviews, Hamilton rewrites the self-serving account of the war strategy given by Winston Churchill in his famous memoirs. Now at last we see FDR in his true role as the Allied mastermind of the war and the architect of postwar peace.