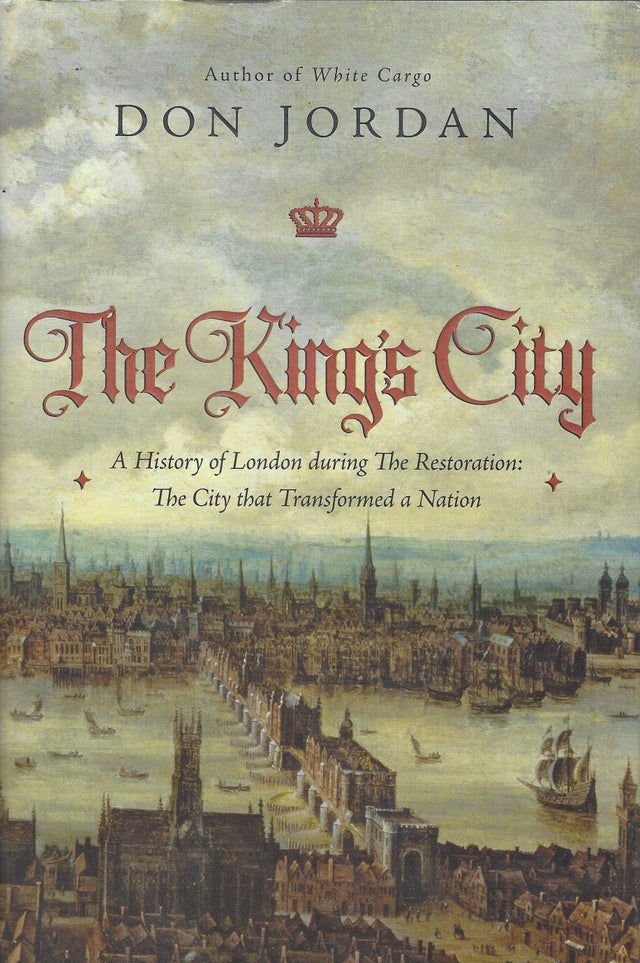 During the reign of Charles II, London was a city in flux. After years of civil war and political turmoil, England's capital became the center for major advances in the sciences, the theatre, architecture, trade, and ship-building, which paved the way for the creation of the British Empire.

At the heart of this activity was the King, whose return to power from exile in 1660 lit the fuse for an explosion in activity in all spheres of city life. London flourished; its wealth, vibrancy, and success due to many figures famous today, including Christopher Wren, Samuel Pepys, and John Dryden -- and others whom history has overlooked until now.

Throughout the quarter-century Charles was on the throne, London suffered several serious reverses: the plague in 1665, the Great Fire in 1666, and severe defeat in the Second Anglo-Dutch War, which brought about notable economic decline. But thanks to the genius and resilience of the people of London, and the occasionally wavering stewardship of the King, the city rose from the ashes to become the economic capital of Europe.

The King's City tells the gripping story of a city that defined a nation and birthed modern Britain -- and how the vision of great individuals helped to build the richly diverse place we know today.