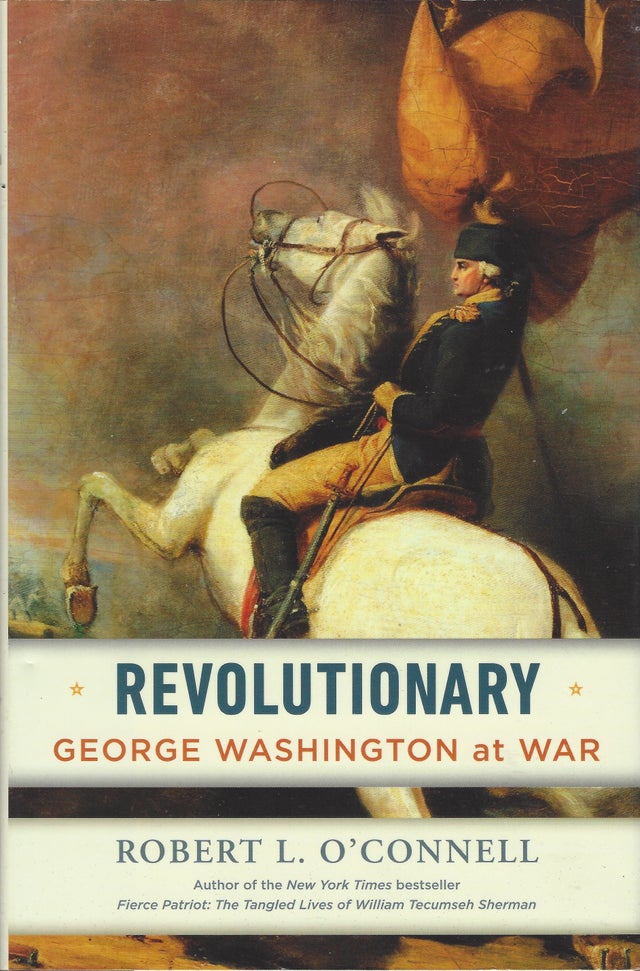 How did George Washington become an American icon? Robert L. O'Connell, the New York Times bestselling author of Fierce Patriot and The Ghosts of Cannae, introduces us to Washington before he was Washington: a young soldier champing at the bit for a commission in the British army, frustrated by his position as a minor Virginia aristocrat. Fueled by ego, Washington led a disastrous expedition in the Seven Years' War, but then the commander grew up. We witness George Washington take up politics and join Virginia's governing body, the House of Burgesses, where he became ever more attuned to the injustices of life under the British Empire and the paranoid, revolutionary atmosphere of the colonies. When war seemed inevitable, he was the right man -- the only man -- to lead the nascent American army.

We would not be here without George Washington and O'Connell proves that Washington the general was at least as significant to the founding of the United States as Washington the president. He emerges here as cunning and manipulative, a subtle puppeteer among intimates, and a master cajoler -- but all in the cause of rectitude and moderation. Washington became the embodiment of the Revolution itself. He draped himself over the revolutionary process and tamped down its fires. As O'Connell writes, the war was decisive because Washington managed to stop a cycle of violence with the force of personality and personal restraint.

In his trademark conversational, witty style, Robert L. O'Connell has written a compelling reexamination of General Washington and his revolutionary world. He cuts through the enigma surrounding Washington to show how the general made all the difference and became a new archetype of revolutionary leader in the process. Revolutionary is a masterful character study of America's founding conflict filled with lessons about conspiracy, resistance, and leadership that resonate today.