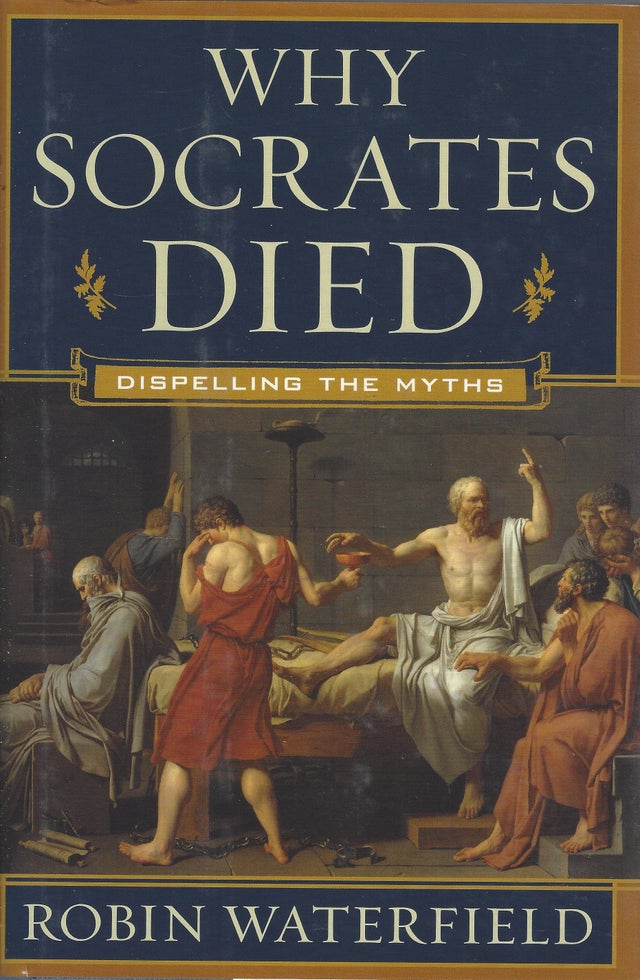 Socrates' trial and death together form an iconic moment in Western civilization. In 300 BCE, the great philosopher stood before an Athenian jury on serious charges: impiety and "subverting the young men of the city." The picture we have of it -- created by his immediate followers, Plato and Xenophon, and perpetuated in countless works of literature and art ever since -- is of a noble man putting to his lips the poisonous cup of hemlock, sentenced to death in a fit of folly by an ancient Athenian democracy already fighting for its own life. But an icon, an image, is not reality, and time has transmuted so many of the facts into historical fable.

Aware of these myths, Robin Waterfield has examined the actual Greek sources and presents here a new Socrates, separating the man from the myths. As Waterfield recounts the story, the charges of impiety and corrupting the youth of Athens were already enough for a death sentence, but the prosecutors accused him of more. They asserted that Socrates was not just an atheist and the guru of a weird sect but also an elitist who surrounded himself with politically undesirable characters and had mentored those responsible for defeat in the Peloponnesian War. Their claims were not without substance, for Socrates numbered among his close companions Alcibiades, Critias, and sever other known or suspected oligarchs and admirers of Sparta, Athens's enemy. In fact, as Waterfield perceptively shows through an engrossing historical narrative, there was a great deal of truth, from an Athenian perspective, in these charges.

The trial was, in part, a response to troubled times -- Athens was reeling from a catastrophic war and undergoing turbulent social changes -- and Socrates' companions were unfortunately direct representatives of these troubles. Their words and actions, judiciously sifted and placed in proper context, not only serve to portray Socrates as a flesh-and-blood historical figure but also provide a good lens through which to explore both the trial and the general history of the period.

Ultimately, the study of these events and principal figures allows us to finally strip away the veneer that has for so long denied us the real Socrates. Why Socrates Died is an illuminating, authoritative account of not only one of the defining periods of Western civilization but also of one of its most defining figures.