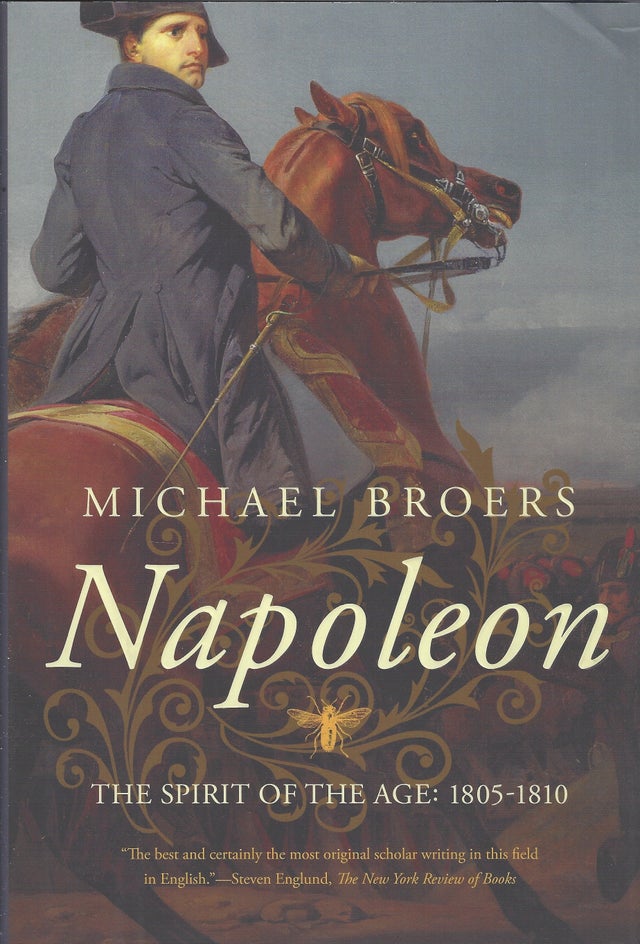 This is the story of Napoleon's conquest of Europe -- and that of his magnificent Grand Armee -- as they sweep through the length and breadth of Europe.

The Spirit of the Age opens with Napoleon's as yet untested army making its way through the Bavarian Alps in the early winter of 1805, to fall upon the unsuspecting Austrians and Russians -- and crushing them at Austerlitz. This was only the beginning of a series of spectacular victories: over the Prussians in 1806, and then the Russians, which brought the Tsar to defeat in 1807. It follows the army into Spain in 1808 -- the most ill-considered step in his career as ruler -- and then through the most daunting triumph of all, the final defeat of Austria at Wagram, in 1809, the bloodiest battle in European history up to that time.

These five years encompass the drama of Napoleon's separation from Josephine amid the turmoil of ruling a pan-European empire. These years also see Napoleon navigate plots against him, his clash with the Pope and excommunication, and his loss of trust in many of those closest to him. It closes with his marriage to Marie-Louise, the daughter of his defeated enemy, the Emperor of Austria. With the greatest "trophy bride" in history on his arm, Napoleon now turns again to face his only remaining enemy, Britain, and the challenge of ruling an empire that now spans the entirety of Europe.