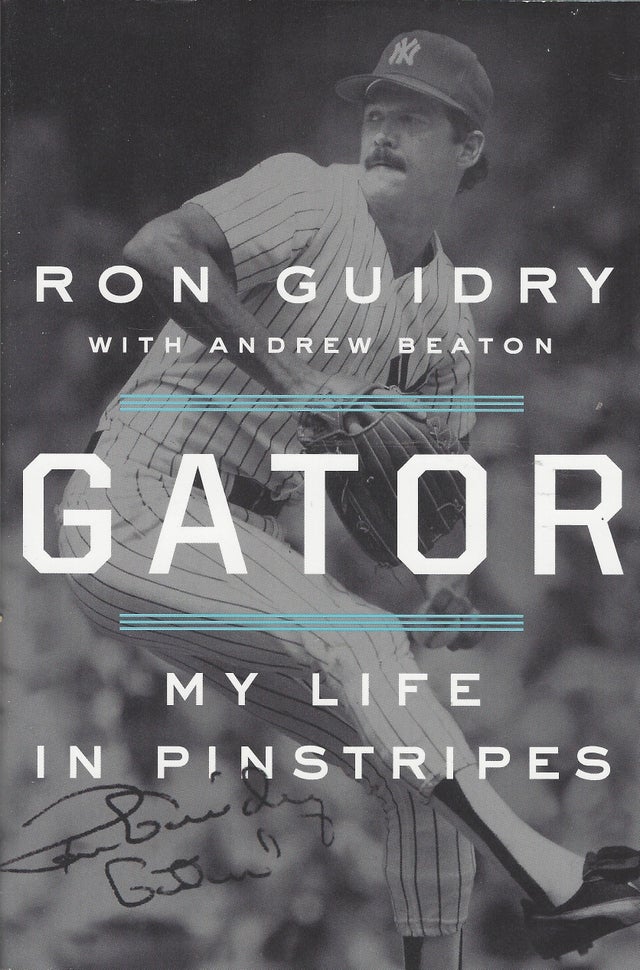 Ron Guidry, known as Gator and Louisiana Lightning to his teammates, quickly rose in 1977 to become the ace of the Yankees stellar pitching staff, helping the team regarded as one of the most famous and controversial in Yankees history win two World Series championships. In 1978, Guidry went 25-3 with a 1.74ERA, one of the greatest seasons by a pitcher in major league history, and won the Cy Young Award. A four-time all-star and five-time Gold Glove winner, Guidry takes readers inside the clubhouse to tell what it was like to play with tough-talking manager Billy Martin, headline-grabbing owner George Steinbrenner, slugger Reggie Jackson, and a raft of other Yankee legends, from Catfish Hunter to Cy Young Award winner Sparky Lyle. In a career that spanned fourteen seasons, from 1975 to 1988, Guidry, named team captain in his later years, recalls the impact on the team of Thurman Munson's death in 1979, his close relationship with manager and friend Yogi Berra, and his time as the pitching coach under Joe Torre in 2006 - 2007, working with Mariano Rivera, Andy Pettitte, and Roger Clemens, as well as Derek Jeter and Alex Rodriguez. A page-turning account of an extraordinary career, Gator is the baseball book of the season.