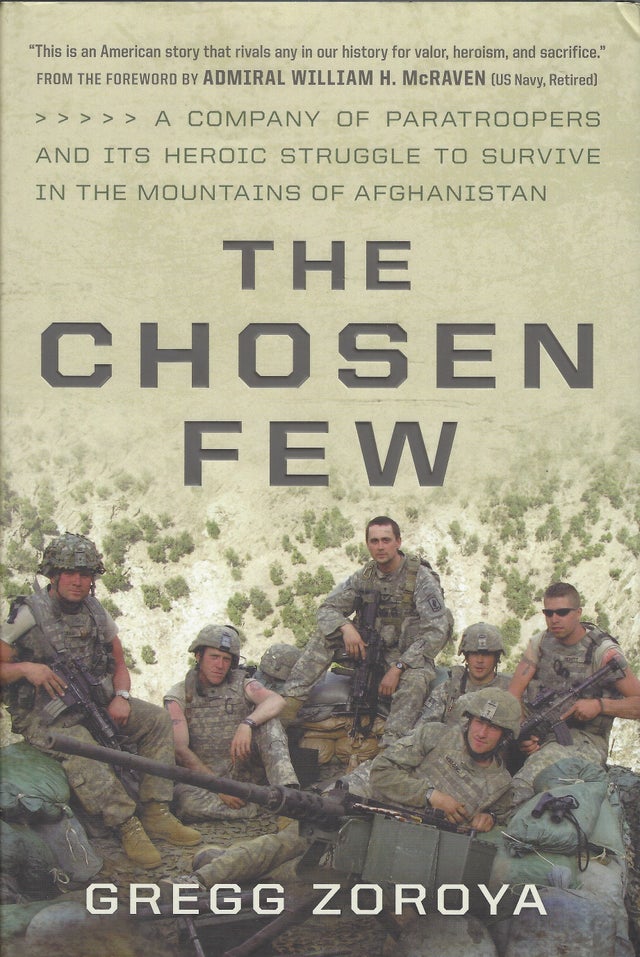 A single company of U.S. paratroopers -- calling themselves the "Chosen Few" -- arrived in eastern Afghanistan in late 2007 hoping to win the hearts and minds of the remote mountain people and extend the Afghan government's reach into this wilderness. Instead, they spent the next fifteen months in a desperate struggle, living under almost continuous attack, forced into a slow and grinding withdrawal, and always outnumbered by Taliban fighters descending on them from all sides.

Month after month, rocket-propelled grenades, rockets, and machine-gun fire poured down on the isolated and exposed paratroopers as America's focus and military resources shifted to Iraq. Just weeks before the paratroopers were to go home, they faced their last -- and toughest -- fight. Near the village of Wanat in Nuristan province, an estimated three hundred enemy fighters surrounded about fifty of the "Chosen Few" and others defending a partially finished combat base. Nine died and more than two dozen were wounded that day in July 2008, making it arguably the bloodiest battle of the war in Afghanistan.

The "Chosen Few" would return home tempered by war. Two among them would receive the Medal of Honor. All of them would be forever changed.