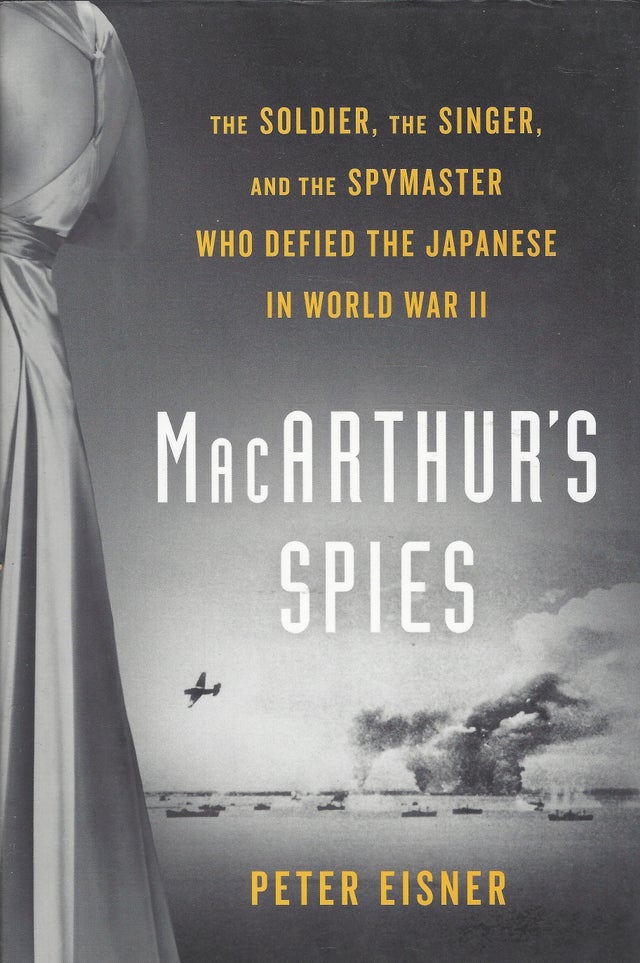 On January 2, 1942, Japanese troops marched into Manila unopposed by U.S. forces. Manila was a strategic port, a romantic American outpost, and a jewel of a city. Thousands of soldiers surrendered and were marched off to the notorious prison camps. But thousands of other Filipinos and Americans refused to surrender and hid in the Luzon hills above Bataan and Manila. Tokyo saw its conquest of the Philippines as the key in its plan to control all of Asia, including Australia. The Allies' hopes for stopping them depended on retaking Manila -- and on the deeds of the largely unheralded resistance movement there. Here is the true story of three intrepid people who successfully eluded the Japanese for more than two years, sabotaging enemy efforts and preparing the way for MacArthur's triumphant return.

The characters in Peter Eisner's new book could have walked out of a Hollywood script. One was a debonair polo-playing expatriate businessman who was also a U.S. Navy intelligence officer. Another, a defiant enlisted American soldier, helped organize an insurgent force of Filipino fighters who infiltrated Manila as workers and servants to stage demolitions and attacks. And the third was a wily American woman, an itinerant torch singer with many names and almost as many husbands, whose nightclub in Manila secretly supplied food to Americans in the hills and to thousands of prisoners of war. More important, the nightclub also served as a cover for an intelligence gathering operation among the club's guests -- collaborating Filipino businessmen, homesick Japanese officers, and the spies who mingled in the crowd.

With ample doses of intrigue, drama, skulduggery, sacrifice, and romance, MacArthur's Spies has all the complicated heroism and villainy of the best war novels. But it is, in the end, a true tale of courage when it counted the most.