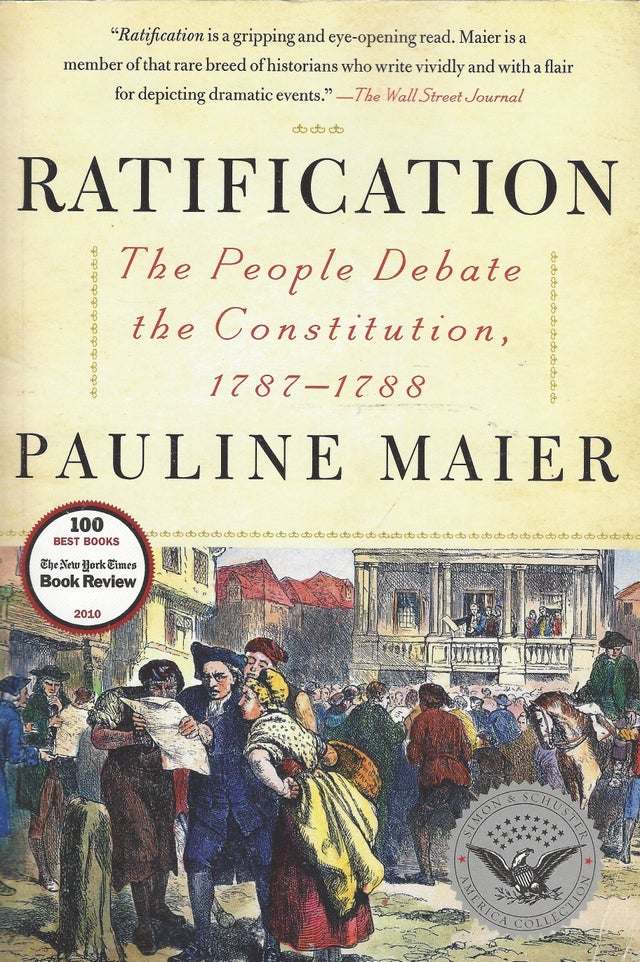 When the delegates left the Constitutional Convention in Philadelphia in September 1787, the new Constitution they had written was no more than a proposal; elected conventions in at least nine of the thirteen states would have to ratify it. In this splendid history, acclaimed historian Pauline Maier tells the dramatic story of the yearlong battle over ratification of the document that would become the legal bedrock of our nation.

Maier draws on a vast new collection of documents and tells the story with masterful attention to detail, featuring not only famous founders such as Washington, Hamilton, and Madison but also many extraordinary but little-known Americans, who with eloquence, intelligence, and passion joined the effort to reshape the nation. Each state's experience was different, and Maier gives each its due even as she focuses on the four critical states of Pennsylvania, Massachusetts, Virginia, and New York, whose approval of the Constitution was critical to its success.

The ratification process offers insights into a document whose meaning continues to be subject to interpretation. Ratification is a superbly told history that transports readers back more than two centuries to reveal the convictions and aspirations on which our country was built.