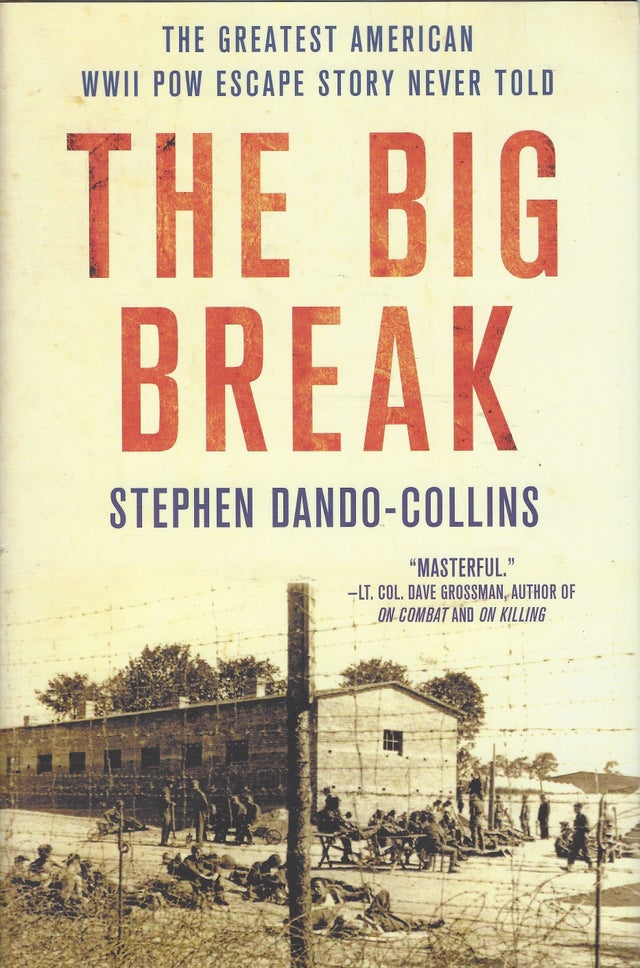 The story opens in 1943 in the stinking latrines at Schubin, Poland, as an American and a Canadian lead the digging of an ingenious escape tunnel, enabling a break by thirty-six POWs. The Germans then converted the camp to Oflag 64 to exclusively hold U.S. Army officers, with more than 1,500 ultimately imprisoned there. Plucky Americans attempted a variety of escapes until January 1945, only to be thwarted every time.

As the Red Army advanced closer to Schubin, camp commandant Colonel Fritz Schneider received orders from Berlin to march his prisoners west. This was the opening the Americans needed to break free once and for all; before long, 250 U.S. Army officers would succeed in escaping east to link up with the Russians. Within months, General Patton would launch a bloody bid to rescue the remaining Schubin Americans.

In The Big Break, this astonishing, previously untold story follows POWs, including General Eisenhower's personal aide, General Patten's son-in-law, and Ernest Hemingway's eldest son, as they struggle to gain their freedom. Military historian Stephen Dando-Collins expertly chronicles this gripping tale of Americans determined to be free, brave Poles risking their lives to help them, and dogmatic Nazis determined to stop them.