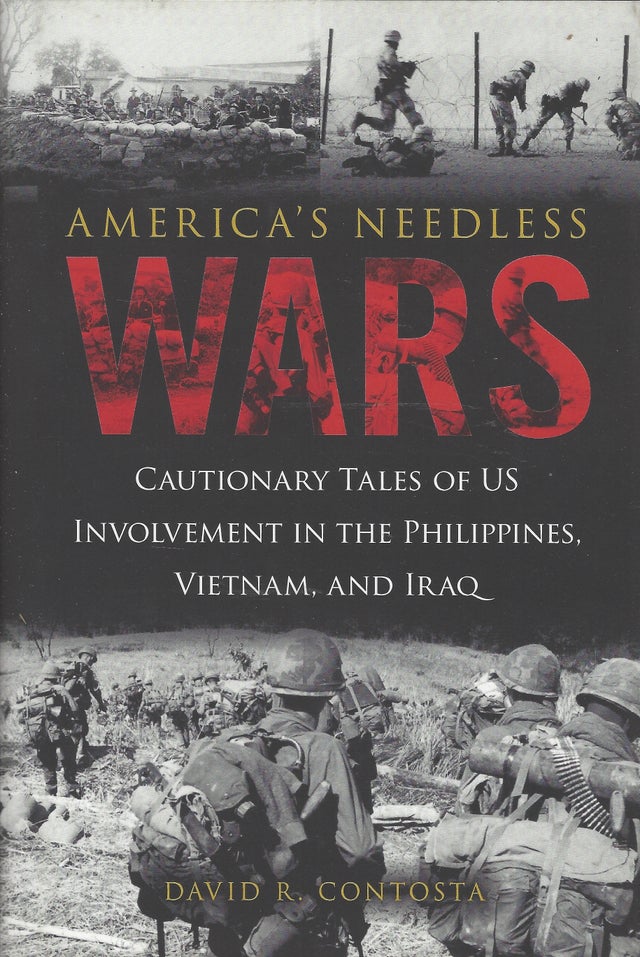 This eye-opening book takes a unique approach to the history of U.S. foreign policy by examining three unrelated conflicts, all of which ended tragically and resulted in the deaths of millions on both sides. By analyzing what went wrong in each case, the author uncovers a pattern of errors that should serve as a precaution for future decision makers contemplating a conflict abroad.

Why did President McKinley oppose Filipino independence forces if his motivation was truly to help Filipinos overthrow Spanish domination? Why did several U.S. presidents ignore the failure of the French in Vietnam and reject peace overtures from popular revolutionary leader Ho Chi Minh to bring the conflict to an early end? And how could American leaders have been so wrong about Saddam Hussein's alleged weapons of mass destruction and then let Iraq devolve into chaos after overthrowing the dictator?

Historian David R. Contosta has sifted through official hearings, media investigations, public documents, memoirs of those for and against the conflicts, and numerous histories to uncover the answers to these questions. The common thread that links these wars from different centuries is that political leaders all too often have acted out of ignorance, arrogance, fear, and partisan gamesmanship. These lapses were compounded by the failure of the media to inform the public accurately and dispassionately. The sad result is that America has paid a high price in lost lives and tarnished national reputation.

As the author notes in conclusion, if American exceptionalism is to have any meaning, then we must honestly appraise our past foreign policy blunders to ensure wiser political action in the future.