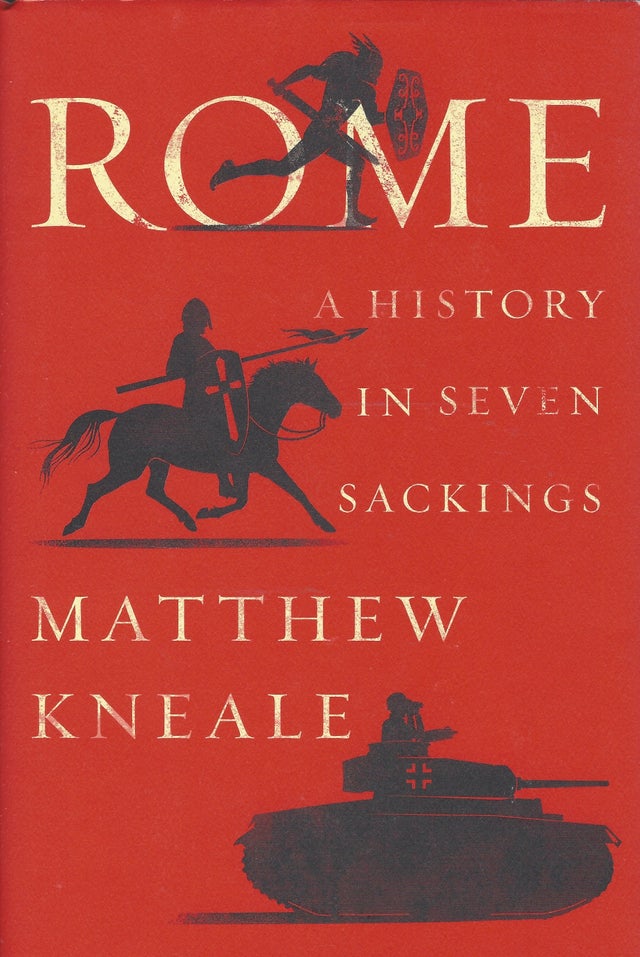 In no other city is the past preserved as it is in Rome. Visitors can cross bridges that Cicero and Julius Caesar crossed, explore temples visited by Roman emperors, and walk into churches that have hardly changed since the early days of Christianity.

These architectural survivals are all the more remarkable considering the many disasters that have struck the city. Rome has been racked by earthquakes, floods, fires, and plagues, but above all it has been repeatedly ravaged by roving armies. From the Gauls to the Nazis, Matthew Kneale tells the stories behind seven of the most important of these attacks. He reveals with fascinating insight how they transformed the city -- and not always for the worse. Using this novel approach to Rome's past, he shows how it became the city that it is today.

Meticulously researched and superbly written, Rome: A History in Seven Sackings is a brilliant blend of travelogue with social and cultural history. It is a celebration of the courage, panache, and above all the vitality of the Roman people, a passionate love letter to the Eternal City.