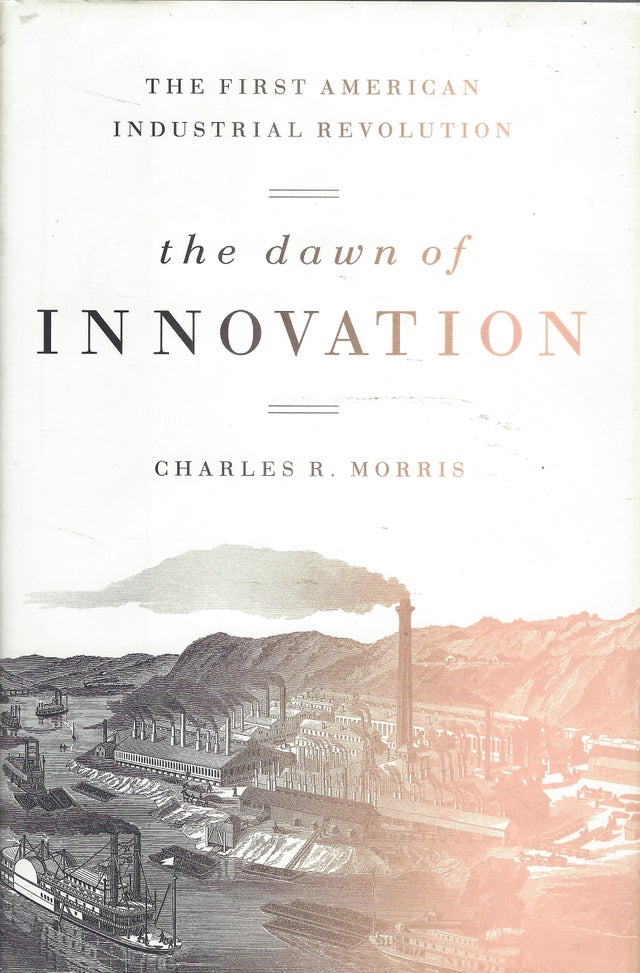 In the first few decades of the nineteenth century America went from being a largely rural economy, with little internal transportation infrastructure, to a fledgling industrial powerhouse -- setting the stage for the vast fortunes that would be made in the golden age of American capitalism. The Rockefellers, Vanderbilts and Carnegies owed their colossal opportunities to the earlier pioneering era, and it is that time that Charles R. Morris brings vividly to life in The Dawn of Innovation.

Three stupendous American innovations -- universal male suffrage, the shift of political power from elites to the middle classes, and a broad commitment to mechanized mass-production -- gave rise to the world's first democratic, middle-class, mass-consumption society, a shining beacon to nations and peoples ever since. Behind that ideal were the machines, the men, and the trading and transportation networks that created a new world-class economic power.

The story ranges from Oliver Evans and his new steam engine to the great waterworks at Lowell, Massachusetts, from Eli Terry and his mass-produced clock to Henry Shreve and the marvelous western steamboat, and to global market winners like Sam Colt's revolvers and Matthias Baldwin's locomotives. Americans measured themselves against Great Britain, the day's hyper-power, and the book opens with the story of an absurd wilderness arms race on Lake Ontario during the War of 1812 when the two sides exhausted themselves building some of the largest and most formidable warships in the world, while rarely firing a shot.

At a time when America itself, as Morris notes in the conclusion, is under competitive assault from the factories and furnaces of China, The Dawn of Innovation transports the reader to an era of seemingly limitless potential and vibrancy, when the nation first began to grasp its immense possibilities.