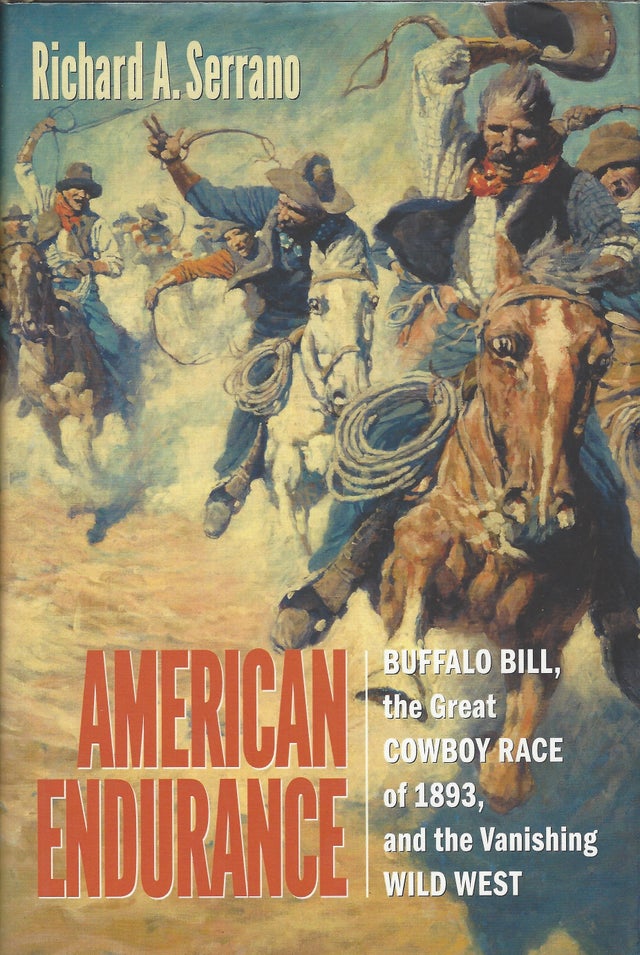 Richard A. Serrano tells the tale of an epic contest between the past and the future -- and between nostalgia and progress.

The Great Cowboy Race of June 1893, in which nine riders thundered across a thousand miles of American prairie to the World's Columbian Exposition in Chicago, is a rowdy saga full of storied characters such as showman "Buffalo Bill" Cody and the outlaw Doc Middleton, as well as a host of frontier townspeople, misbehaving cowboys, quick-buck artists, and stern local sheriffs. The race riveted the nation's attention. Some saw the race as a stunt. Others considered it cruel to the horses. Still others viewed it as a demonstration of true Western spirit. The cowboys themselves raced out of pride, personal grit -- and a keen interest in the pot of cash and gold-plated Colt revolver awaiting the winner at the finish line, set at Cody's Wild West show next door to the world's fair.

History, mystery, and Western rolled into one, this book paints the portrait of a pivotal moment in our nation's history. The cowboys raced just after the federal government had declared the frontier closed, in a summer when thousands were flocking to the world's fair in burgeoning, industrial Chicago to see the inventions that would usher in the modern age. The buffalo were vanishing from the Plains; the Wounded Knee massacre and Native American Ghost Dance were receding into memory. Many claimed the Wild West was no more. Yet no one told the racing cowboys. Their full-gallop Western tale -- full of the adventure, romance, chicanery, and sheer stubbornness that had marked the settling of the frontier -- reveals the endurance at the heart of the American experience.