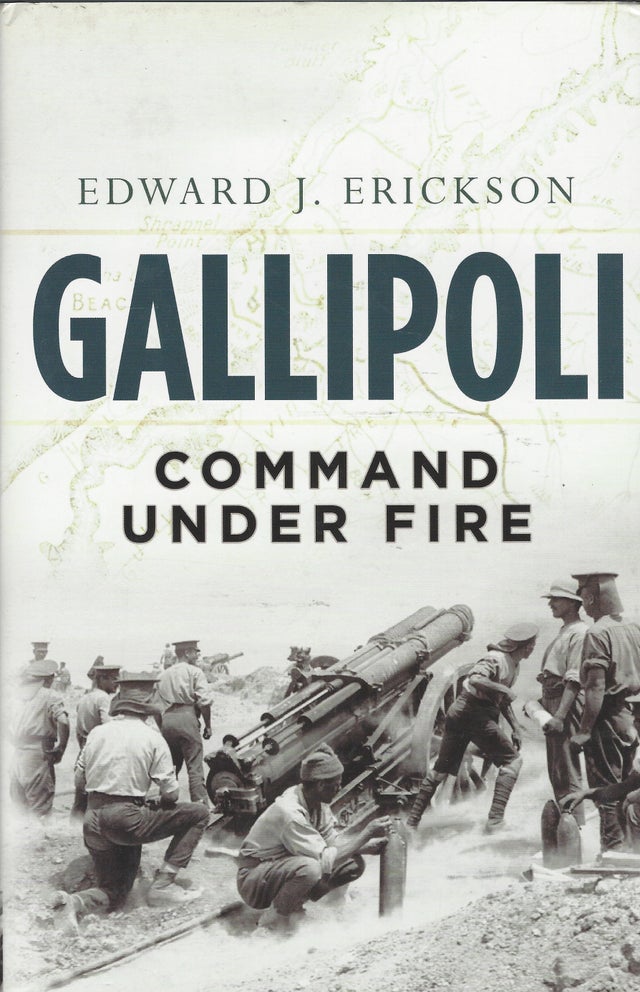 As a result of the stalemate on the Western Front in 1914, Britain turned to a more traditional instrument of her power, namely the Royal Navy. In early 1915, the War Council settled on an attempt to knock the Ottoman Empire out of the war, which was duly followed by naval attacks on the Dardanelles. Failing to achieve a breakthrough of the Allied fleet to Constantinople, the campaign evolved into a full-scale amphibious assault on the heavily fortified and well-manned Gallipoli Peninsula. A combined force under General Sir Ian Hamilton landed on 25 April 19154, only to be stopped at the beachhead and the campaign degenerated into trench warfare. A further major amphibious assault in early August also failed, and by the end of the year the Allies were forced to evacuate the peninsula.

Losses were roughly comparable, with the Allies losing about 50,000 men to the Turks' 60,000. For the Allies however, the unsuccessful campaign was a might destroyer of reputations and wrecked the careers of politicians like Winston Churchill and generals such as Field Marshal Lord Herbert Horatio Kitchener and General Sir Ian Hamilton. For the Turks, the campaign revitalized their faltering war effort and renewed their determination to continue the war. In this way, then, the campaign backfired on Britain.

This new study focuses on the operational level of warfare and moves the conversation and narrative upward from the tactical and participant experiences, which dominate the contemporary literature, to an analysis of campaign design and command and control at the corps and army level in an effort to explain the unique dynamic of the Gallipoli campaign.