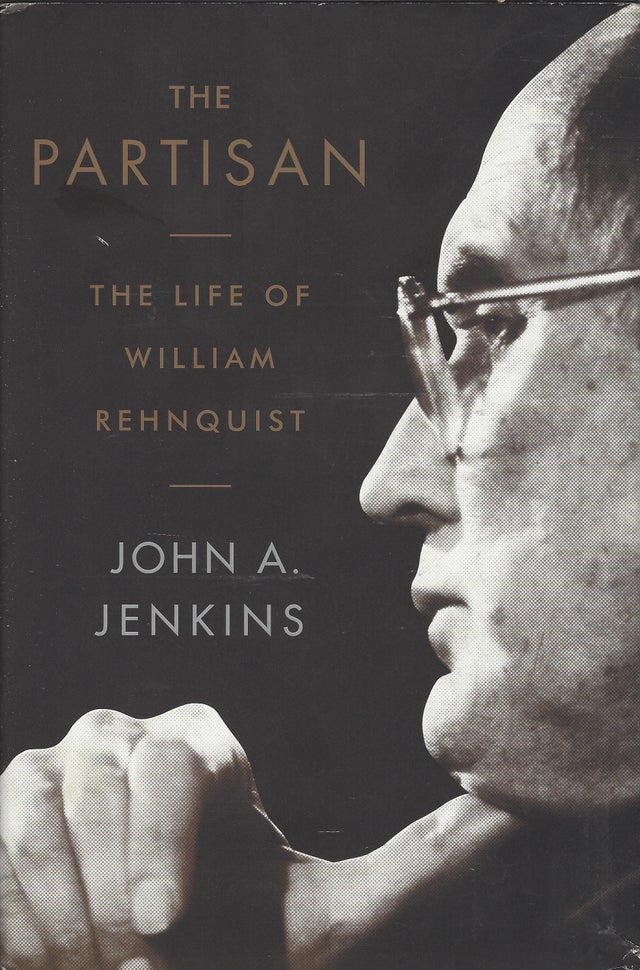 As a young lawyer practicing in Arizona, far from the political center of the country, William Hubbs Rehnquist's iconoclasm made him a darling of Goldwater Republicans. He was brash and articulate. Although he was unquestionably ambitions and extraordinarily self-confident, his journey to Washington required a mixture of good-old-boy connections and rank good fortune. An outsider and often lone dissenter on his arrival, Rehnquist outlasted the liberal vestiges of the Warren Court and the collegiate conservatism of the Burger Court, until in 1986 he beamce the most overtly political conservative to sit as chief justice of the Supreme Court of the United States. Over that time Rehnquist's thinking pointedly did not -- indeed, could not -- evolve. Dogma trumped leadership. So, despite his intellectual gifts, Rehnquist left no body of law or opinions that define his tenure as chief justice or even seem likely to endure. Instead, Rehnquist bestowed a different legacy: he made it respectable to be an expedient conservative on the Court.

The Rehnquist Court, which lasted almost twenty years, was molded in his image. In thirty-three years on the Supreme Court, from 1972 until his death in 2005 at age 80, Rehnquist was at the center of the Court's dramatic political transformation. He was a partisan, waging a quiet, constant battle to imbue the Court with a deep conservatism favoring government power over individual rights.

The story of how and why Rehnquist rose to power is as compelling as it is improbable. Rehnquist left behind no memoir, and there has never been a substantial biography of him: Rehnquist was an uncooperative subject, and during his lifetime he made an effort to ensure that journalists would have scant material to work with. John A. Jenkins has produced the first full biography of Rehnquist, exploring the roots of his political and judicial convictions and showing how a brilliantly instinctive jurist, who began his career on the Court believing he would only ever be an isolated voice of right-wing objection, created the ethos of the modern Supreme Court.

THIS IS A BRAND NEW BOOK. THERE IS A "DING" ON THE BOTTOM CORNER OF THE FRONT JACKET COVER.