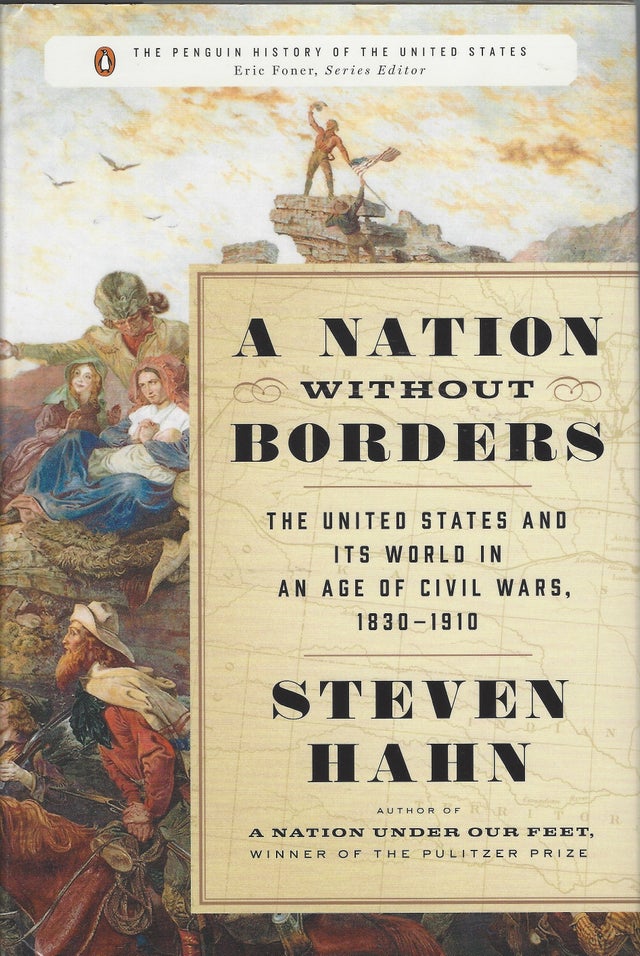 In this ambitious story of American imperial expansion and capitalist development, Pulitzer Prize-winning historian Steven Hahn takes on the conventional histories of the nineteenth century and offers a perspective that will be as enduring as it is controversial.

In the near-century from 1830 to 1910, the United States moved from an agricultural society with a weak central government to an urban and industrial society in which government assumed a significant role. The country's population grew more than tenfold, aided by massive waves of immigrants. Civil warfare erupted. African American slavery was abolished. Native peoples were remanded to reservations. Wars of conquest were waged against Mexicans, Cubans, and Filipinos. And national power and influence were extended across much of the Western Hemisphere and into the Pacific.

A Nation Without Borders resets the familiar framework of the nineteenth-century history of the United States by capturing the tensions and contradictions between nation and empire. It places the Civil War in the context of many domestic rebellions against centralized state authority, including those of Native Americans. It fully incorporates the trans-Mississippi West, suggesting the role of the West and South as proving grounds for later imperial projects overseas. It reconfigures the history of capitalism, insisting on the significance of state formation and slave emancipation to its consolidation. And it identifies a sweeping era of "reconstructions" in the late-nineteenth and early-twentieth centuries that simultaneously laid the foundations for corporate liberalism and social democracy.

As A Nation Without Borders closes in the second decade of the twentieth century, the United States, now a global economic and political power, encountered not only massive warfare between imperial powers in Europe but also a massive revolution on its southern border -- the remarkable Mexican Revolution, one of the greatest revolutions of the twentieth century. It simultaneously defined limits to the imperial reach of the American nation-state and anticipated new challenges the United States would face in the century to come.