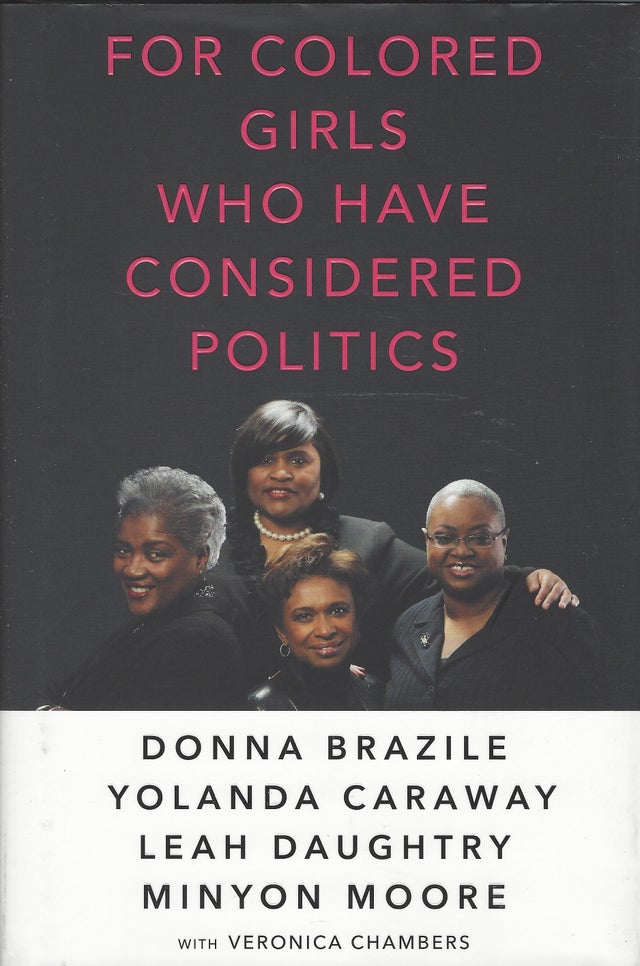 For Colored Girls Who Have Considered Politics is a look at American history through the eyes of four women who have lived and worked behind the scenes in American politics for over thirty years -- Donna Brazile, Yolanda Caraway, Leah Daughtry, and Minyon Moore -- a group of women who call themselves the Colored Girls. Like many people who have spent their careers in public service, they view their lives in four-year waves of campaigns and elections. The Colored Girls have worked on the presidential campaigns of Jesse Jackson, Walter Mondale, Michael Dukakis, Bill Clinton, Al Gore, Barack Obama, and Hillary Rodham Clinton. In between elections, they worked at the top of the corporate world, in unions, in churches, in their own businesses, and with people outside the Oval Office who have shaped our country's history, including Howard Dean, Reverend Herbert Daughtry, Coretta Scott King, Betty Shabazz, and Terry McAuliffe.

For Colored Girls Who Have Considered Politics is a contemporary history of America told through the voices of women of color whose lives and contributions have heretofore been unknown. It's a portrait of four women who are always focused on the larger goal of, as they put it, "hurrying history" so that every American -- regardless of race, gender, or religious background -- can have a seat at the table. The Colored Girls. Their lives are part of our history. Their voices point to our future.