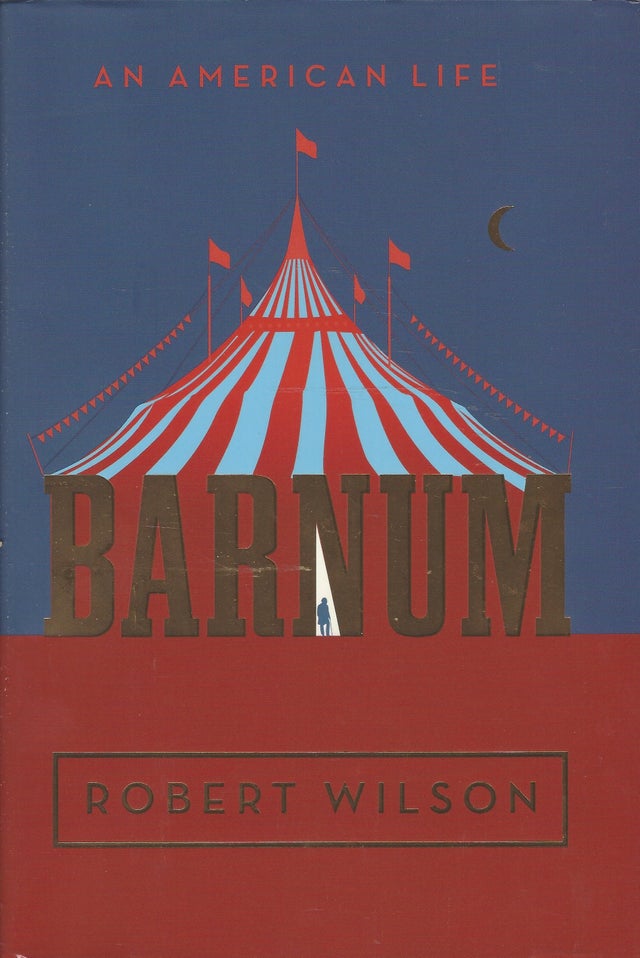 More than 125 years after P.T. Barnum's death, his name still inspires wonder. He was the greatest showman the world has ever seen: a creator of the Barnum & Bailey Circus and the man who made worldwide sensations of Jumbo the elephant, General Tom Thumb, and "the Swedish Nightingale," Jenny Lind. He was the champion of wonder, joy, trickery, and "humbug." He was, as Barnum argues, one of the most important Americans of the nineteenth century.

Robert Wilson's vivid new biography captures the full genius, infamy, and allure of the ebullient showman. From birth to death, Phineas Taylor Barnum repeatedly reinvented himself. He learned as a young man how to wow crowds, and built a fortune that placed him among the richest Americans of his day. He also suffered tragedy, bankruptcy, and fires that destroyed what he had built, yet each time he willed himself to rebuild and succeed again. As an entertainer, Barnum courted controversy throughout his life -- yet he was also a man of strong convictions, guided in his work not by a desire to deceive but an eagerness to thrill and bring pleasure to his audiences.

Robert Wilson, editor of The American Scholar, tells a gripping story in Barnum, one that is imbued with the same buoyant spirit found in the man himself. Wilson adeptly makes the case for P.T. Barnum's place among the icons of American history, as a figure who represented, and indeed created, a distinctly American sense of optimism, industriousness, humor, and relentless energy.