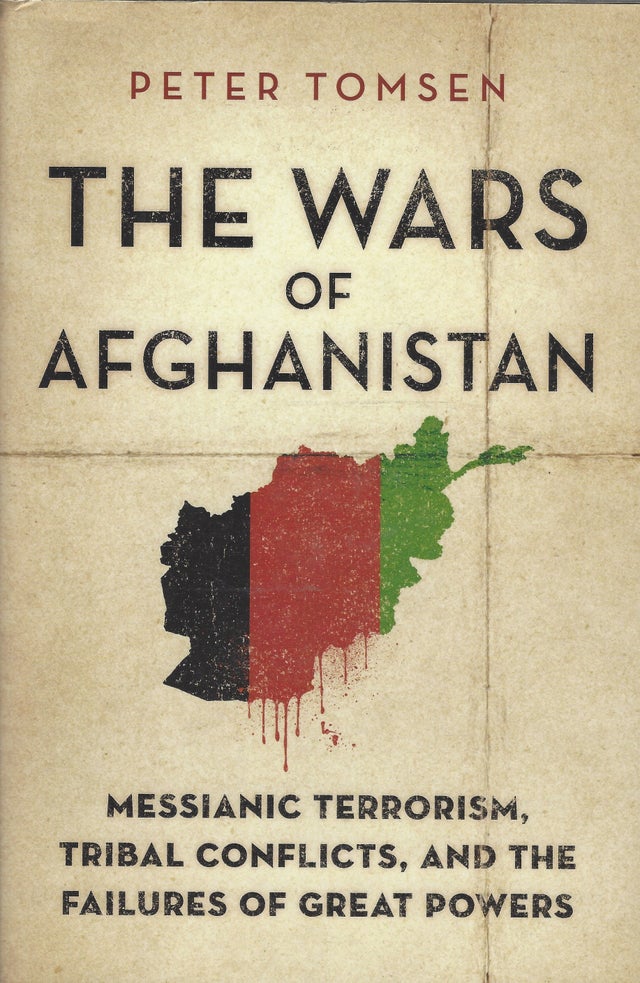 The Wars of Afghanistan is an epic account by one of the world's leading experts about one of the longest-running wars in modern history and a masterpiece of scholarship on the forces that have shaped modern-day Afghanistan.

Peter Tomsen, who reached the rank of ambassador in the U.S. State Department, was George H.W. Bush's special envoy to the Mujahidin in Afghanistan from 1989 to 1992. He served in senior positions in Moscow and Beijing in critical periods and is an acknowledged authority on Afghanistan. In this magisterial book, he draws on his close relationships with Afghan commanders, mullahs, and politicians, his negotiations with Pakistani generals and spies, Soviet diplomats, and Saudi princes -- and a rich trove of previous unpublished source material including recently declassified documents -- to offer unprecedented insight into the horrible chain of wars that have torn Afghanistan apart since 978. He also offers a deeply informed perspective on how Afghanistan's unique tribal society and its long history as a "shatter zone" for foreign invaders have shaped the modern Afghan narrative.

Tomsen chronicles the lessons learned, but always forgotten, by every great power that has disastrously invaded Afghanistan. He brings to life the appallingly misinformed, occasionally farcical secret operations by foreign intelligence agencies, including the Nazi Abwehr, the Soviet KGB, the Pakistani ISI, and the American CIA. And he tells the disappointing story of Washington's serial blunders in Afghanistan since the Soviet army's withdrawal in 1989, including the legacy of America's naive dependence on Pakistan's army to resolve the Afghan conflict, and clarifying how American policy toward both countries facilitated the growth of Islamist extremism and its offshoot, global terrorism.

In the aftermath of Osama bin Laden's death, Tomsen proposes a path out of the Afghan quagmire and toward peace and stability in the region. His recommendations meet the aspirations of Afghans, America, and the coalition it leads, as well as the many nations and peoples who have a direct stake in ending this destructive conflict. For anyone seeking to understand this long-misunderstood country, or the complex history of United States involvement there, The Wars of Afghanistan is indispensable reading.