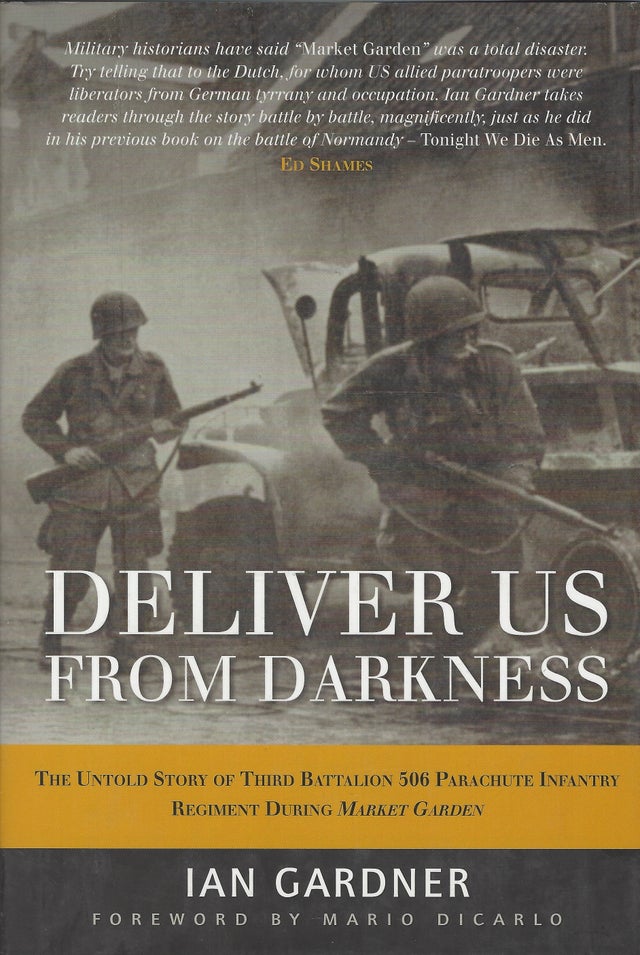 On September 17, 1944, the 506th Parachute Infantry Regiment dropped into Holland as part of Operation Market Garden. The regiment, part of the 101st Airborne Division, was tasked with securing the main highway that passed through Eindhoven, which would allow British forces to push into Holland. But resistance was much heavier and more resolute than expected and the mission to secure Hell's Highway deteriorated into a bloody 72-day campaign.

Deliver us from Darkness, the follow-up to the critically acclaimed Tonight We Die As Men, draws on years of research and extended interviews with veterans and civilians caught up in the fighting to tell the gripping account of the paratroopers of the Third Battalion 506th Regiment. From the terror of parachuting behind enemy lines and the desperate struggle to stay alive to the terrible conditions they endured in the fight for Hell's Highway, this narrative combines gripping first-hand accounts with an absorbing history of the military engagements to reveal the events that stretched the battalion almost to its breaking point.