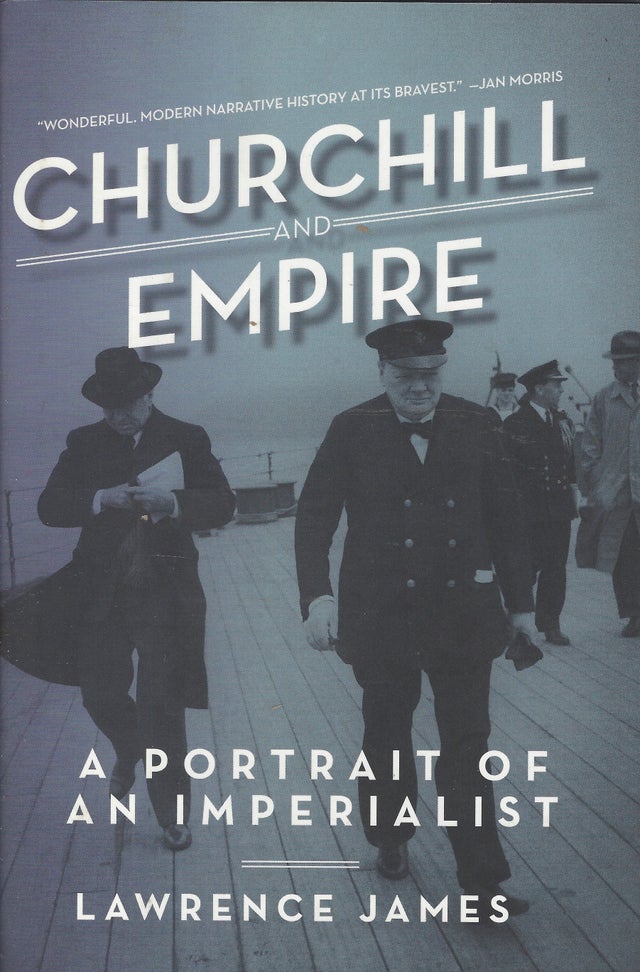 One of our finest narrative historians, Lawrence James, has written a genuinely new biography of Winston Churchill, one focusing solely on his relationship with the British Empire. As a young army officer in the late nineteenth century serving in conflicts in India, South Africa, and the Sudan, his attitude toward the Empire was the Victorian paternalistic approach -- at once responsible and superior.

Conscious even then of his political career ahead, Churchill found himself reluctantly supporting British atrocities and held what many would regard today as prejudices views, in that he felt that some nationalities were superior to others. His (some might say obsequious) relationship with the United States reflected that view: America was a former colony where the natives had become worthy to rule themselves, but -- he felt -- still had that connection to Britain.

This outmoded attitude was one of the reasons the British voters rejected him after a Second World War in which he had led the country brilliantly. His attitude remained decidedly old-fashioned in a modern world that was shaping up very differently. This ground-breaking volume reveals the many facets of Churchill's personality: a visionary leader with a truly Victorian attitude toward the Empire.