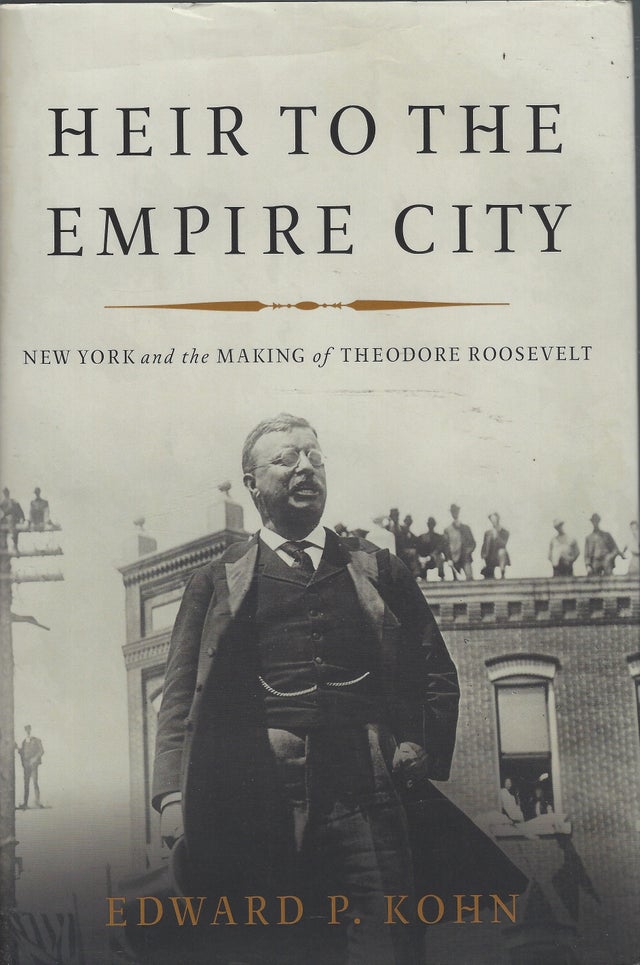 Theodore Roosevelt is best remembered as America's "cowboy" president, a no-nonsense outdoorsman who was as versatile with a six-shooter as he was with a pen, and whose political beliefs were shaped by a youth spent in the rugged American West. Yet while Roosevelt's love of nature certainly was central to his identity, it was, in fact, his time in New York City that defined the progressive politics for which he is still celebrated today.

In Heir to the Empire City, acclaimed historian Edward P. Kohn shatters the mythology of Roosevelt as an untamable Rough Rider, presenting a revealing portrait of a man who owed much of his worldview to New York City. Roosevelt was born in 188 to a fashionable Manhattan family whose economic and political interests were tied to those of the city. The family made their fortune in New York commerce and real estate, and Roosevelt's father dedicated himself to local philanthropic efforts. Roosevelt, Sr. was the first in the family to confront New York's political bosses, and his ultimate failure would haunt his son for years.

After graduating from Harvard, Roosevelt returned to New York and began to confront the political and social problems that plagued the booming city. Roosevelt dove into New York politics -- first as a New York State Assemblyman and later as the New York City Police Commissioner -- and took on local Republican factions and Tammany Hall Democrats alike proving his commitment to reform at all costs. He combated the city's rampant corruption and helped guide New York through the perils of rapid urbanization and the challenges of accommodating an influx of poor immigrants -- experiences that would serve him well once he was elected president of the United States.

A riveting account of a man and a city on the brink of greatness, Heir to the Empire City reveals a politician who owed his grit not to the Wild West, but to the mean streets of New York.