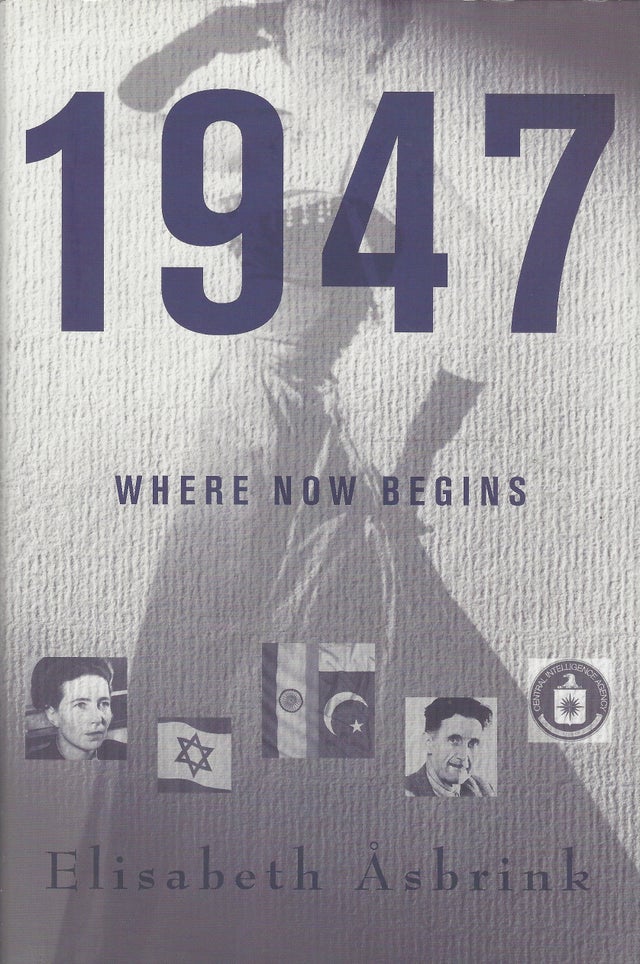 In the aftermath of World War II, the world shudders for a number of years. People try to find their way back to homes that are no longer there, or on to an uncertain future across the ocean. Some run from their deeds, and most get away. Among the millions across Europe looking for a new home is Elisabeth Asbrink's father, a ten-year-old Hungarian Jewish boy in a refugee camp.

The year 1947 marks a turning point in Europe, the Middle East, South Asia, and the United States. The division of Germany sets off the Cold War, the CIA is established, a UN committee is given four months to find a solution to the problem of Palestine. Production begins on the Kalashnikov, the first computer bug is discovered, Simone de Beuvoir meets the love of her life in Chicago, an ill George Orwell is writing his last book, and Christian Dior introduces the hyper-feminine New Look as women are forced out of jobs and back into the home.

In 1947, Asbrink creates a poignant mosaic of key moments that shaped the contemporary Western world, capturing the forces that would go on to govern our lives for the next seventy years.