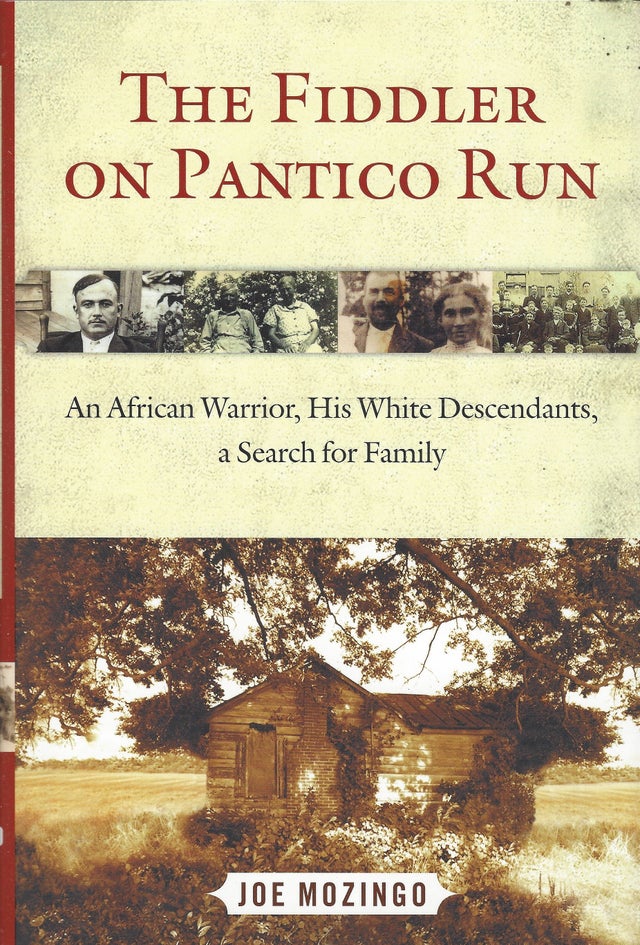 "My dad's family was a mystery," writes prize-winning journalist Joe Mozingo. Growing up, he knew that his mother's ancestors were from France and Sweden, but he heard only suspiciously vague stories about where his father's family was from -- Italy, Portugal, the Basque country. Then one day, a college professor told him his name may have come from sub-Saharan Africa, which made no sense at all: Mozingo was a blue-eyed white man from the suburbs of Southern California. His family greeted the news as a lark -- his uncle took to calling them "Bantu warriors" -- but Mozingo set off on a journey to find the truth of his roots.

He soon discovered that all Mozingos in America, including his father's line, appeared to have descended from a black man named Edward Mozingo who was brought to the Jamestown colony as a slave in 1644 and won his freedom twenty-eight years later. He became a tenant farmer growing tobacco by a creek called Pantico Run, married a white woman, and fathered one of the country's earliest mixed-race family lineages.

But Mozingo had so many more questions to answer. How had it been possible for Edward to keep his African name? When had some of his descendants crossed over the color line, and when had the memory of their connection to Edward been obscured? The journalist plunged deep into the scattered historical records, traveled the country meeting other Mozingos -- white, black, and in between -- and journeyed to Africa to learn what he could about Edward's life there, retracing old slave routes he may have traversed.

The Fiddler on Pantico Run is the beautifully written account of Mozingo's quest to discover his family's lost past. A captivating narrative of both personal discovery and historical revelation that takes many turns, the book traces one family line from the ravages of the slave trade on both sides of the Atlantic, to the horrors of the Jamestown colony, to the mixed-race society of colonial Virginia and through the brutal imposition of racial laws, when those who could pass for white distanced themselves from their slave heritage, yet still struggled to rise above poverty. The author's great-great-great-great-great grandfather Spencer lived as a dir-poor white man, right down the road from James Madison, then moved west to the frontier, trying to catch a piece of America's manifest destiny. Mozingos fought on both sides of the Civil War, some were abolitionists, some never crossed the color line, some joined the KKK. Today the majority of Mozingos are white and run the gamut from unapologetic racists to a growing number whose interracial marriages are bringing the family full circle to its mixed-race genesis.

Tugging at the buried thread of his origins, Joe Mozingo has unearthed a saga that encompasses the full sweep of the American story and lays bare the country's tortured and paradoxical experience with race and the ways in which designations based on color are both illusory and life altering. The Fiddler on Pantico Run is both the story of one man's search for a sense of mooring, finding a place in a continuum of ancestors, and a lyrically written exploration of lineage, identity, and race in America.