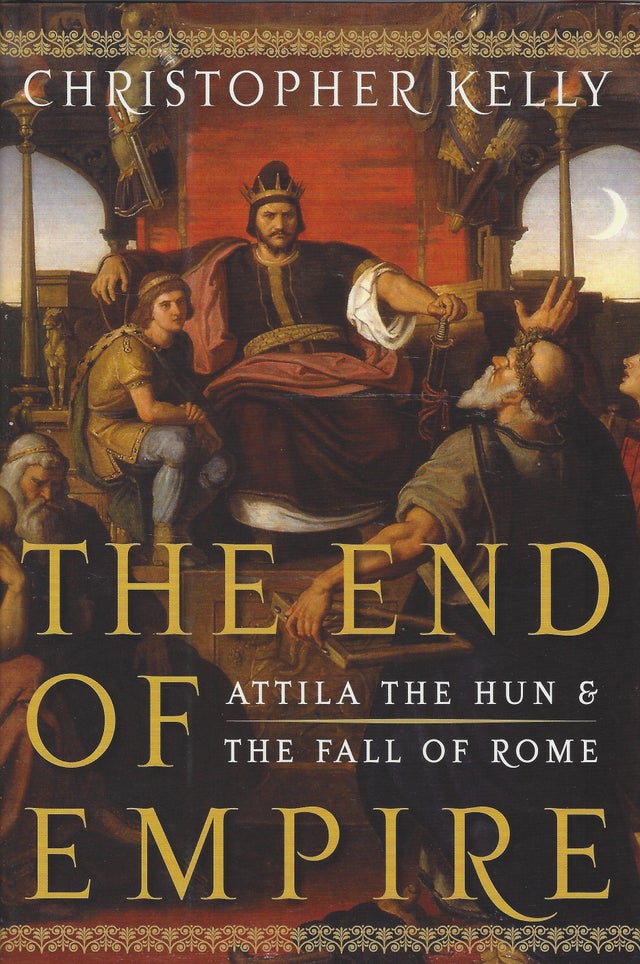 History remembers Attila, the leader of the Huns, as he was perceived by the Romans: a savage, uncivilized barbarian brutally inflicting terror on whoever crossed his path.

Drawing on original texts, including first-person accounts by Roman historians, and filled with visual of Roman and Hun artifacts, historian Christopher Kelly creates a novel and quite different portrait of this remarkable man.

Rapidly mobile, the Huns before Attila ware a scourge on the vast lands of the Romans, terrorizing towns at the empire's edges. Under the leadership of Attila, the Huns reached the peak of their power -- power both as an empire in their own right and as a threat to the seemingly invincible Roman war machine.

Enthralling and revisionary, The End of Empire portrays Attila as a master warrior and an astute strategist and adept negotiator. The Huns' refusal to abandon their traditional gods, and Attila's personal belief that heaven favored him, proved a direct challenge to the Christianized Roman empire. But the Romans could not ignore the brute strength of the Huns, and Attila worked with the Romans while furthering his own plans for a consolidated Hun empire.

Following Attila and the Huns from the steppes of Kazakhstan and the Great Hungarian Plain to the court of Constantinople and the fertile fields of Champagne in France, Kelly uncovers an unlikely marriage proposal, a long-standing relationship with a treacherously ambitious Roman general, and a thwarted assassination plot. We see Attila as the leaders of the Roman empire saw him: a man whose rule was threatening but whose sudden loss of power was even more so.

Challenging our own ideas about imperialism, civilization, terrorists, and superpowers, The End of Empire is a compelling and original exploration of the clash between empire and barbarity in the ancient world.