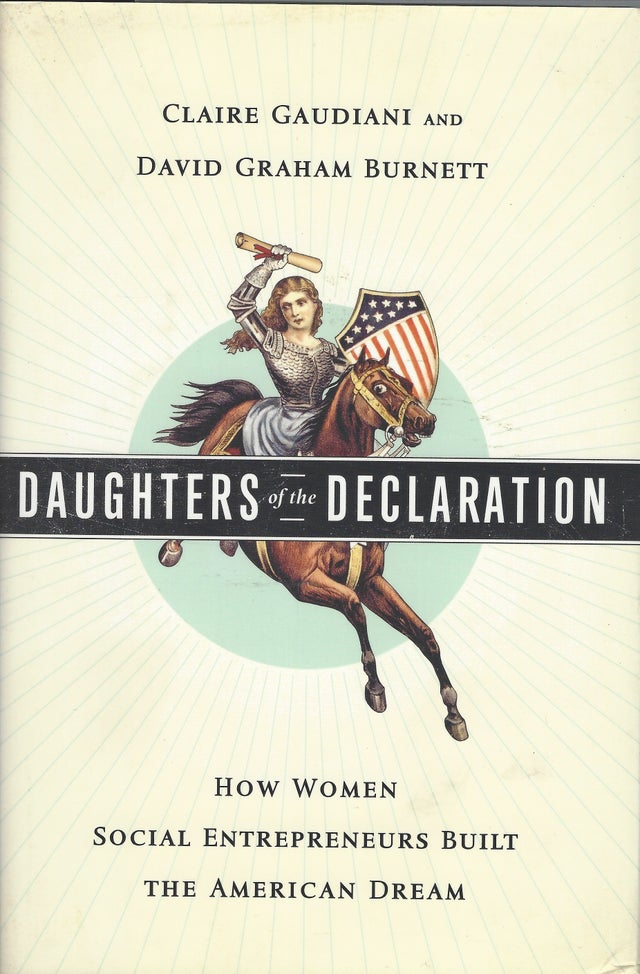 From 1776 until the end of World War II, America achieved an unprecedented level of economic and social prosperity. The nation became a model for other countries around the world. America's success was the product of a unique combination: a market economy, a representative democracy, and a social profit sector. Daughters of the Declaration explores the history of this third sector, created and led by female entrepreneurs whose common goal was to turn the ideals of the Declaration of Independence -- that all men are created equal, and are endowed with a right to life, liberty, and the pursuit of happiness -- into a lived reality for an ever-increasing number of Americans.

Many people assume that famous capitalists are responsible for this tradition of private citizens contributing to the good of the country. But as Gaudiani and Burnett demonstrate, a diverse group of women entrepreneurs were building a culture of citizen generosity many decades before male industrialists-turned-philanthropists built universities and foundations bearing their names. These women of different races, classes, and religions organized local associations to create value in their communities. The authors argue that the creation of these patriotic social enterprises constitutes the original women's movement in America, long before concerns about suffrage or women's liberation arose.

THIS IS A BRAND NEW BOOK. THE BOTTOM CORNERS ARE BUMPED.