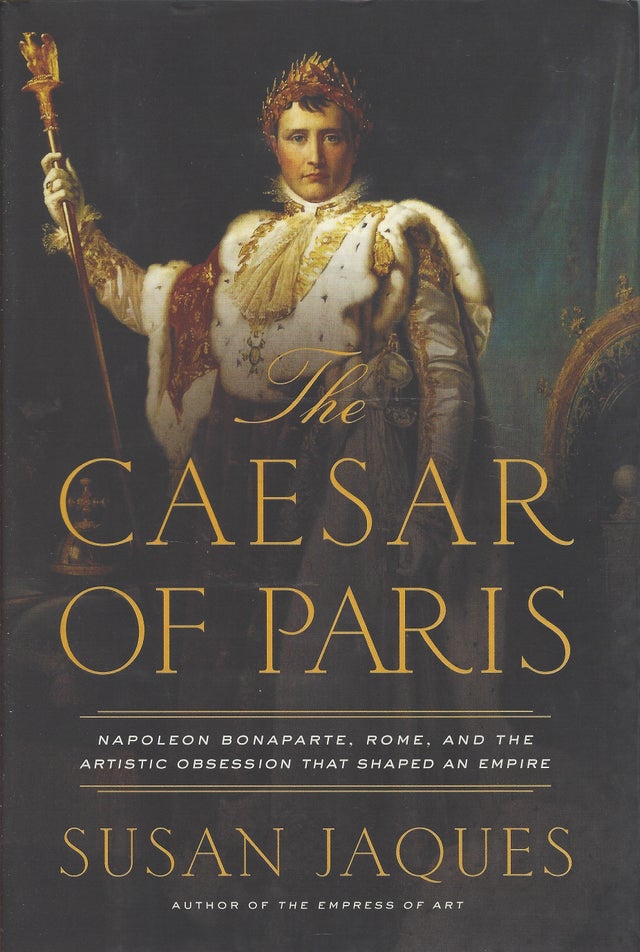 Napoleon is one of history's most fascinating figures. But his complex relationship with Rome -- both with antiquity and his contemporary conflicts with the pope and the Holy See -- has undergone little examination.

In The Caesar of Paris, Susan Jaques reveals how Napoleon's fascination with antiquity informed his effort to turn Paris into "the new Rome" through architectural and artistic commissions around the city. His aggressive pursuit of ancient treasures and models from Italy gave Paris much of the classical beauty we know and adore today, but it did not occur without political machinations -- and even a midnight kidnapping -- behind the scenes.

Napoleon had a tradition of appropriating from past military greats to legitimize his regime -- Alexander the Great during his invasion of Egypt, Charlemagne during his coronation as emperor, even Frederick the Great when he occupied Berlin. But it was ancient Rome and the Caesars that held the most artistic and political influence -- and would remain Napoleon's lodestars.

Interwoven throughout the narrative is the life of Julius Caesar, alongside a vivid examination of the cultural and artistic initiatives in both Caesar's Rome and Napoleon's France. Whether it was the Arc de Triomphe, the Venus de' Medici in the Louvre, or the gorgeous work of Antonio Canova, Susan Jaques brings Napoleon to life as never before.