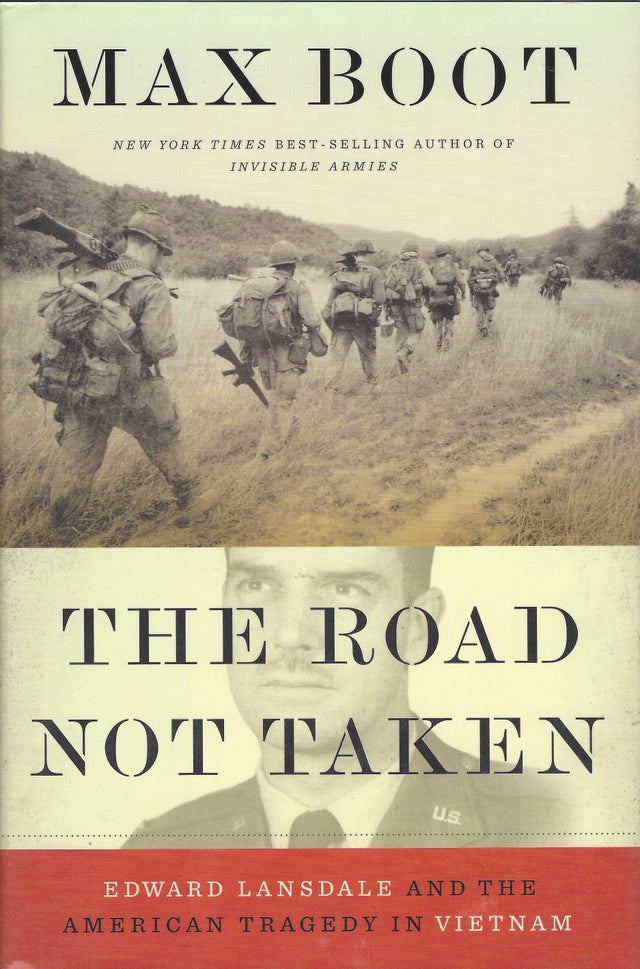 The legendary Edward Lansdale (1908 - 1987), a covert operative so roguish that he was said to be the model for Graham Greene's The Quiet American, remains one of the most fascinating yet deeply misunderstood figures of post-1945 American foreign policy. Skeptics have belittled him as a con man ignorant of Asian realities, but a few have hailed him as a prophetic military genius whose yin-yang strategy of hunting down guerrillas while employing a "hearts and minds" approach to win local support provided a lasting template for U.S. foreign policy. Examining these interpretations but also providing a veritable trove of new facts unearthed from previously classified documents, hidden letters, and interviews, The Road Not Taken fundamentally recasts both our vision of Lansdale and America's entire involvement in Vietnam.

Max Boot positions Lansdale against the American twentieth century and evocatively charts Lansdale's itinerant upbringing and his transiditon from unorthodox California ad man to army and OSS officer. Leaving behind his wife and two young sons, Lansdale was sent to Manila in 1945. While becoming embroiled in a passionate love affair with the woman who would become his long-time mistress and later wife, he charted a way for the Filipinios to defend themselves against Communist insurgents by promoting Ramon Magsaysay, a charismatic figure who went from being a lowly congressman to the country's greatest president.

Lansdale's singular success convinced the Eisenhower administration to send him to South Vietnam after the ignominious French rout at Dien Bien Phu. Assigned the impossible task of protecting the South from Communist encroachment, Landsdale was initially successful, cultivating the friendship of Ngo Dinh Diem, South Vietnam's new president. Then, increasingly sidelined by elitist generals and blue-blood diplomats Lansdale watched helplessly as Diem was murdered in an American-supported coup just before Kennedy's own assassination. By 1965, the "hearts and minds" approach to counterinsurgency that Lansdale had so passionately advocated was no longer viable as the United States began a massive Vietnamese buildup. Never a team player, Lansdale became marginalized, watching the humiliating 1975 evacuation of Saigon at a painful remove and dying eleven years later, regarded as a "dirty tricks" specialist of a bygone era.

Bringing a tragic complexity to this so-called Ugly American, Boot's "engrossing biography" (Karl Marlantes) suggests that Vietnam, a conflict whose bitter legacy still haunts American foreign policy, might have been different if only Landsdale's advice had been heeded. With reverberations that continue to play out in Iraq and Afghanistan, The Road Not Taken is a biography of profound historical consequence.