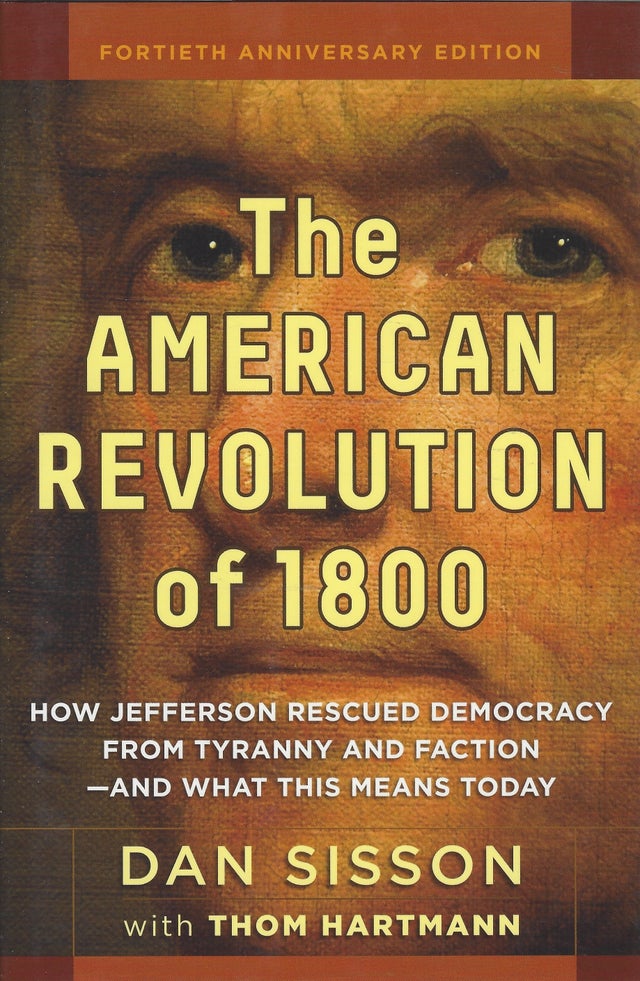 In this brilliant historical classic, Dan Sisson argues that Thomas Jefferson thought democratic revolutions would be necessary from time to time to break the grip of autocratic factions on the government. That is how Jefferson saw the election of 1800--and the lessons for today couldn't be more obvious.

Most historians celebrate Jefferson's victory over Adams in 1800 as the beginning of the two-party system, but Jefferson would have been horrified by this interpretation. Drawing on the understanding of faction, revolution, and conspiracy reflected in the writings of the Founders, Sisson makes it clear that they, like Jefferson, envisioned essentially a non-party state.

Jefferson believed his election was a peaceful revolution by the American people overturning an elitist faction that was stamping out cherished constitutional rights and trying to transform our young democracy into an authoritarian state. It was a transfer of power back to the people, not a change of parties. Sisson maintains Jefferson would regard our current two-party system as a repudiation of his theory of revolution and his earnest desire that the people as a whole, not any faction or clique, would triumph in government. The ideals of the American Revolution were in danger until this "Revolution of 1800," to which we owe the preservation of many of our key rights.

With contributions by Thom Hartmann that bring out the book's contemporary relevance, this fortieth-anniversary edition contains new insights and reflections on how Jefferson's vision can help us in our own era of polarization, corruption, government overreach, and gridlock.