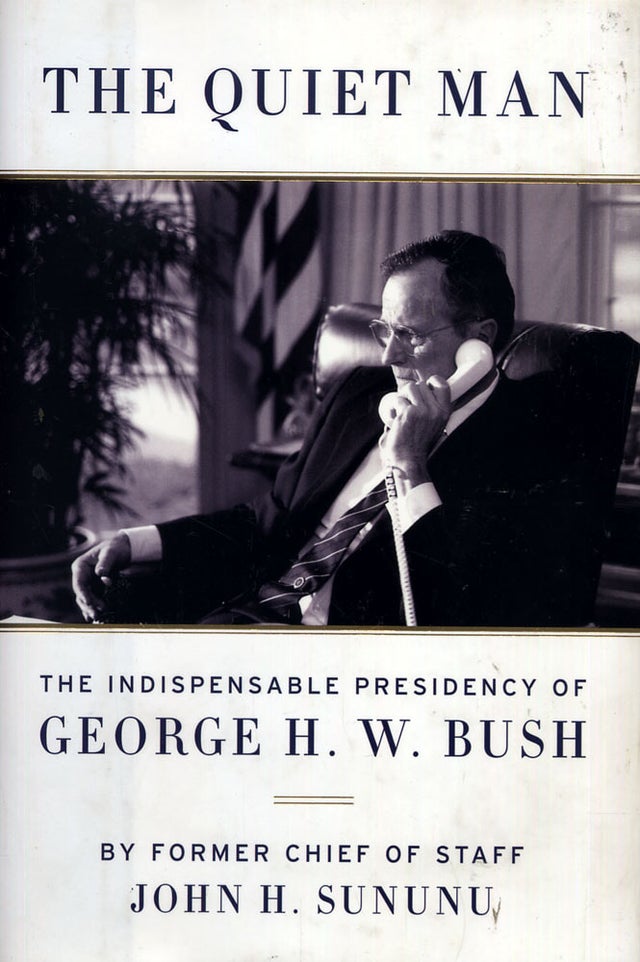 George H.W. Bush is much too modest to brag about what he accomplished as the forty-first president of the United States. As a result, the conventional wisdom about his presidency misses many of his greatest achievements. Now this unique insider account by former chief of staff John H. Sununu finally gives this indispensable president full credit for the positive impact he had on the United States and the world.

Though Bush is rightfully remembered for orchestrating one of the largest and most effective military campaigns in history -- the first Gulf War -- Sununu argues that this success overshadowed many of his other significant accomplishments. Most important, of course, was Bush's calm and capable leadership during the collapse of the Soviet Union and the fall of the Berlin Wall. Through skillful command and his own special brand of diplomatic tact, Bush helped shape a world in which the United States emerged as the lone superpower.

These foreign policy achievements alone should earn Bush 41 a place in the front ranks of U.S. presidents, but his domestic accomplishments were equally impressive. During his single term in office, Bush passed more domestic legislation than almost any other president, which included strengthening civil rights, breaking a twelve-year logjam to enact environmental protections, passing the Americans with Disabilities Act, and negotiating the 1990 budget agreement that generated federal surpluses and a decade of economic growth.

The Bush presidency also had an outsize impact on the subsequent American political landscape. Bush alumni such as Dick Cheney, Robert Gates, Colin Powell, and Roger Ailes have continued to reshape global policy, diplomacy, and media, and Clarence Thomas -- the most ardent and principled originalist in American history -- still plays an influential role on the Supreme Court.

As chief of staff, Sunu was an active participant in and front-row observer to the most significant events of the Bush presidency. Respectful, yet scrupulously honest, he reveals policy conflicts and clashes, as well as inside alliances among the diverse personalities in and out of the White House, giving credit -- and candid criticism -- where it's deserved.

The Quiet Man goes behind the scenes of this unsung, but highly consequential presidency, which set the stage for the twenty-first century, and illuminates the man at its center as never before.