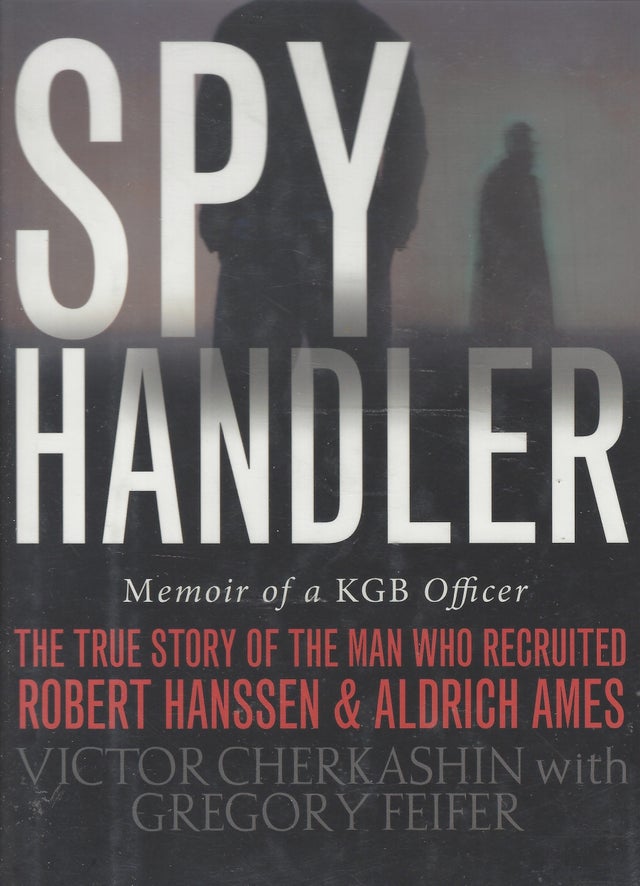 In his four decades as a KGB officer, Victor Cherkashin was a central player in the shadowy world of Cold War espionage. From his rigorous training in Soviet intelligence in the early 1950s to his prime spot as the KGB's head of counterintelligence at the Soviet embassy in Washington, Cherkashin's career was rich in episode and drama. Now in Spy Handler, in a riveting memoir that reads like a real-life John le Carre novel, Cherkashin provides a remarkable insider's view of the KGB's prolonged conflict with the CIA.

Playing a major role in global espionage for most of the Cold War, Cherkashin took part in some of the KGB's highest profile cases. He was posted to stations in the United States, Australia, India, and Lebanon, and tracked down U.S. and British spies around the world. But it was in 1985, known as the Year of the Spy that Cherkashin scored two of the KGB's biggest-ever coups. In April of that year, he recruited disgruntled CIA officer Aldrich Ames and became his principal handler. Six months later, FBI special agent Robert Hanssen contacted Cherkashin directly, eventually becoming an even bigger asset than Ames.

In Spy Handler, Cherkashin offers the complete account of how and why both Americans turned against their country. He also reveals the full story behind the bizarre "redefection" of his colleague Vitaly Yurchenko, and the 1985 exposure of Oleg Gordievsky, the KGB's station chief in London and a spy for British intelligence. Recalled to Russia for interrogation, Gordievsky eluded KGB surveillance on the streets of Moscow before the British smuggled him out of the Soviet Union in a daring rescue operation.

Addressing rumors of an undiscovered KGB spy -- another Hanssen or Ames -- still at large in the U.S. intelligence community, Cherkashin sheds stark new light on the inner workings of the KBG. Full of vivid detail and dramatic accounts, Spy Handler is a major addition to Cold War history, told by one of its key participants.