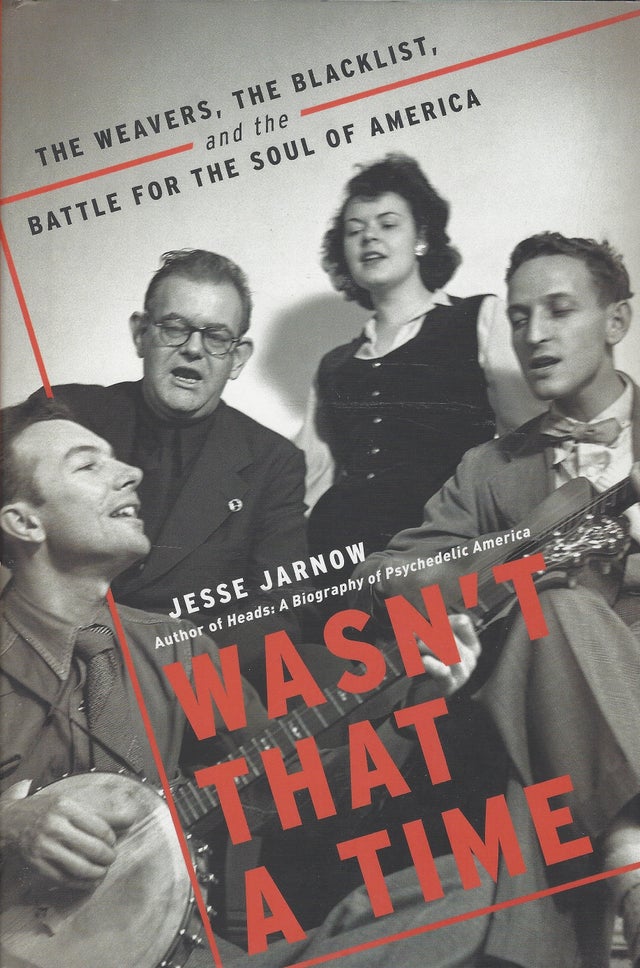 Following a series of top-ten hits that became instant American standards, the Weavers dissolved at the height of their fame. Wasn't That a Time: The Weavers, the Blacklist, and the Battle for the Soul of America details the remarkable rise of Pete Seeger's unlikely band of folk heroes from basement hootenannies to the top of the charts, and the harassment campaign that brought them down.

Exploring how a pop group's harmonies might be heard as a threat worthy of decades of investigation by the FBI, Wasn't That a Time turns the black-and-white 1950s into vivid color, using the Weavers to illuminate a dark and complex period of American history. With origins in the radical folk collective the Almanac Singers and ambitious People's Songs, the singing activists in the Weavers set out to change the world with songs as their weapons, pioneering the use of music as a transformative political organizational tool.

Using previously unseen journals and letters, unreleased recordings, once-secret government documents, and other archival research, Jesse Jarnow uncovers the immense hopes, incredible pressures, and daily struggles of the four distinct and often unharmonious personalities at the heart of the Weavers.

In an era defined by a sharp political divide that feels all too familiar, the Weavers became heroes. With a class and race conscious global vision that now makes them seem like time travelers from the twenty-first century, the Weavers became a direct influence on a generation of musicians and listeners, teaching the power of eclectic songs and joyous, participatory harmonies.