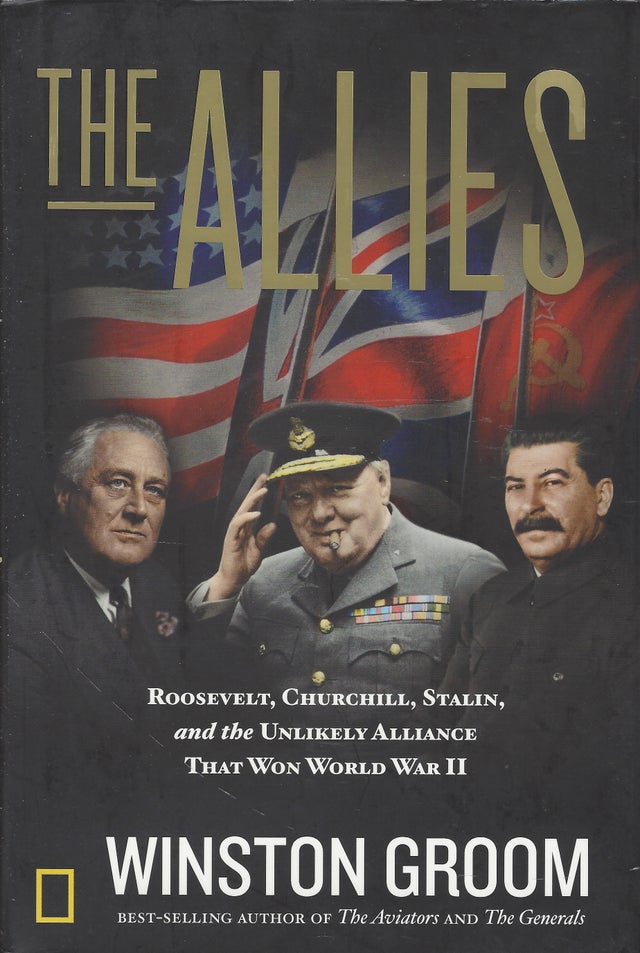 In this exciting, meticulously researched narrative, best-selling author and historian Winston Groom returns to tell one of the most monumental stories of the twentieth century. It is the tale of three remarkably different men, joined in a mission to end World War II and restore order.

Franklin Roosevelt, Winston Churchill, and Joseph Stalin redefined a generation and transformed its political future. Their leadership -- wise, decisive, and sometimes combative -- put an end to the deadliest conflict in world history and set us on the path to the modern era.

Groom's riveting storytelling documents how these political dynamos were made, from early days in boarding schools to time served in military academies to harrowing moments on the battlefield. Their personal stories would drive their ambitions, impacting the course of a vast and complicated war. In vivid detail, Groom recounts legendary events from the invasion of Normandy to the dropping of the atomic bomb -- and all the political tribulations in between -- that would shape the course of history.

Founded on both democratic and Communist principles, the decisions made by these three men not only led to a new world peace but also changed the face of warfare, politics, and diplomacy for decades to come. Their actions contributed to the defeat of the Axis powers in Hitler's Germany, Japan, and beyond, and their characters changed their individual nations forever.

Bold and inspiring, here is an action-packed look into a pivotal moment in history, told through the lens of three iconic leaders.