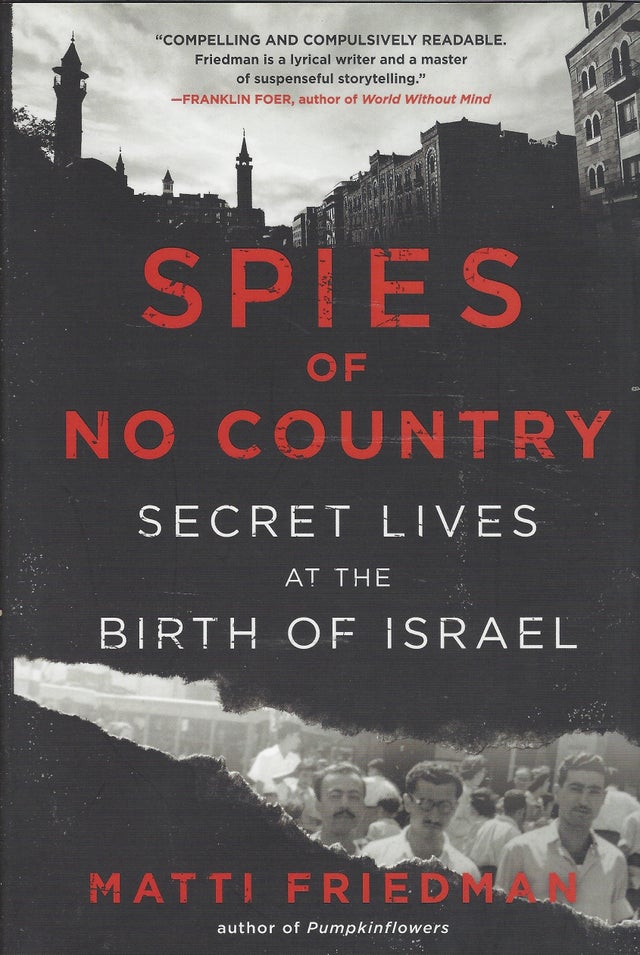 Journalist and award-winning author Matti Friedman's tale of Israel's first spies reads like an espionage novel -- but it's all true. The four agents at the center of this story were part of a ragtag unit known as the Arab Section, conceived during World War II by British spies and Jewish militia leaders in Palestine. Intended to gather intelligence and carry out sabotage operations, the unit consisted of Jews who were native to the Arab world and could thus easily assume Arab identities.

In 1948, with Israel's existence hanging in the balance, these men went undercover in Beirut, where they spent the next two years operating out of a newsstand, collecting intelligence and sending messages back to Israel via a radio whose antenna was disguised as a clothesline. Of the dozen spies in the Arab Section at the war's outbreak, five were caught and executed. But in the end, the Arab Section would emerge as the nucleus of the Mossad, Israel's vaunted intelligence agency.

Spies of No Country is about the slippery identities of these young spies, but it's also about the complicated identity of Israel, a country that presents itself as Western but in fact has more citizens with Middle Eastern roots and traditions, like the spies of this narrative. Meticulously researched and masterfully told, Spies of No Country is an eye-opening look at the paradoxes of the Middle East.