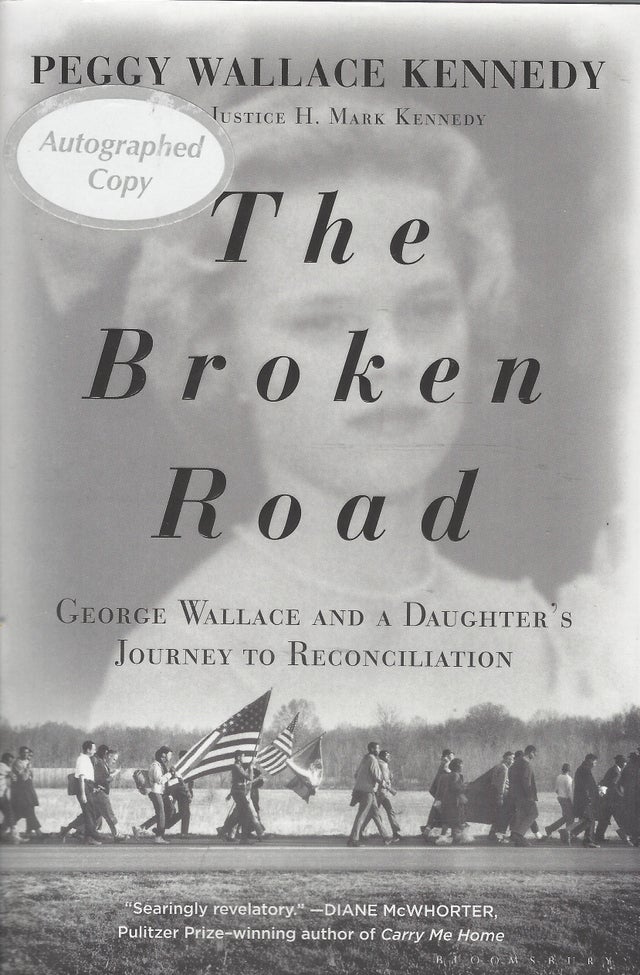 Peggy Wallace Kennedy has been widely hailed as the "symbol of racial reconciliation" (Washington Post). In the summer of 1963, though, she was just a young girl watching her father stand in a schoolhouse door as he tried to block two African American students from entering the University of Alabama. This man, the governor of Alabama and future presidential candidate George Wallace, was notorious for his hateful rhetoric and political stunts. But he was also a larger-than-life father to young Peggy, who was taught to smile, sit straight, and not speak up as her father took to the political stage. At the end of his life, Wallace came to renounce his views, although he could never attempt to fully repair the damage he caused. But Peggy, after her own political awakening, dedicated her life to spreading the new Wallace message -- one of peace and compassion.

In this powerful new memoir, Peggy looks back on the politics of her youth and attempts to reconcile her adored father with the man who coined the phrase "segregation now, segregation tomorrow, and segregation forever."

THIS IS A SIGNED COPY. THERE IS A BLACK "CLOSEOUT/REMAINDER" MARK ON THE TOP PAGE EDGES.