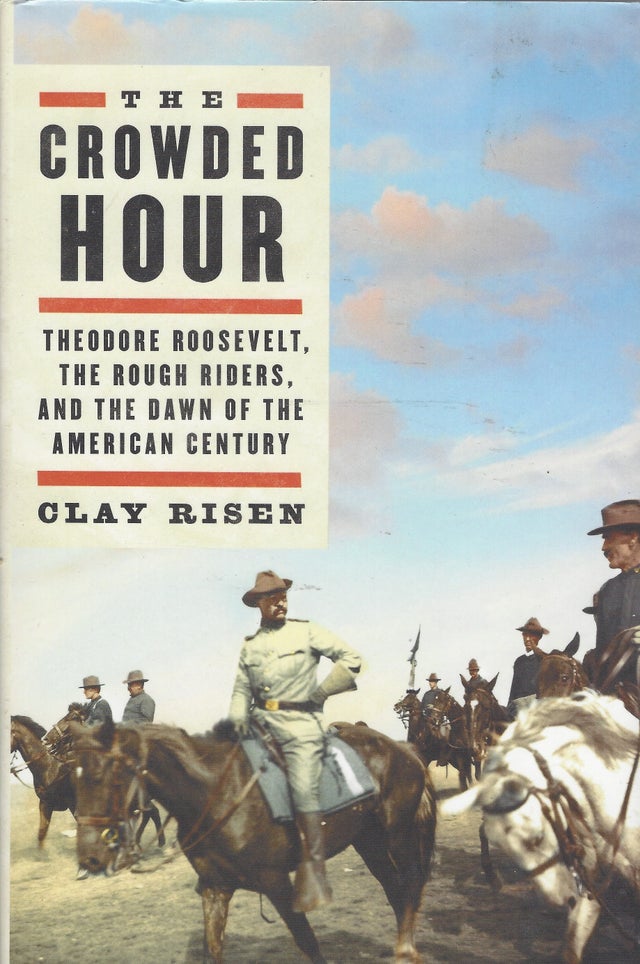 The Crowded Hour is the dramatic story of the most famous regiment in American history: the Rough Riders, a motley group of soldiers led by Theodore Roosevelt, whose daring exploits marked the beginning of American imperialism in the twentieth century. When the United States declared war on Spain in 1898, the U.S. Army had just 28,000 men spread around the country -- hardly an army at all. Out of desperation and to fill the great need for soldiers, the Rough Riders were born.

A unique group of volunteers, ranging from Ivy League athletes to Arizona cowboys, they helped secure victory in Cuba in a series of gripping, bloody fights across the island. Theodore Roosevelt called their charge in the Battle of San Juan Heights his "crowded hour" -- a turning point in his life, one that led directly to the White House. As The Crowded Hour reveals, it was a turning point for America as well, uniting the country and ushering in a new era of global power.

Both a portrait of these men, few of whom were traditional soldiers, and of the Spanish-American War itself, The Crowded Hour dives deep into the daily lives and struggles of the regiment, while providing new insight into Theodore Roosevelt's life as he prepared for his ascent to the presidency. In this brilliant, enlightening narrative, Roosevelt and the Rough Riders -- and a country on the brink of global dominance -- are brought fully and gloriously to life.