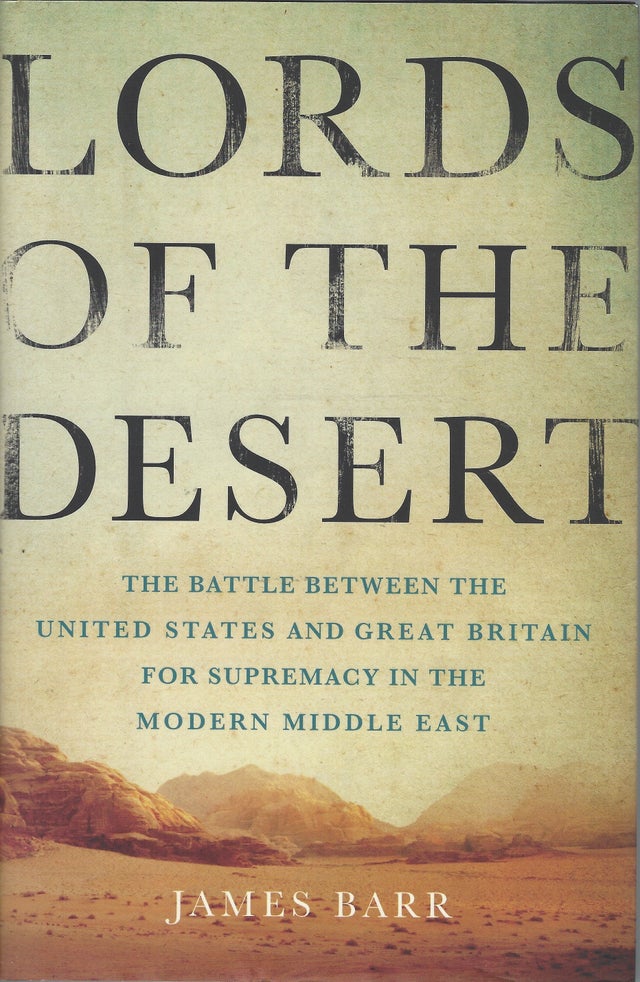 After the fall of the Ottoman Empire during the First World War, Great Britain sought to establish itself as the dominant imperial power in the Middle East, and by the early 1940s its influence stretched from Cyprus to Sudan, and from Egypt to Iran. Yet its regional empire did not endure. We usually assume that Arab nationalism brought about the end of British designs in the Middle East. According to this view, Gamal Abdel Nasser and other Arab leaders led popular uprisings against colonial rule that forced the overstretched British to withdraw.

In Lords of the Desert, James Barr tells this story afresh and arrives at vastly different conclusions. Drawing on newly declassified archives to bring to life little-known stories of secret diplomacy and daring spycraft, he contends that the U.S. was the driving force behind the British exit. Though the two nations were allies, the Americans were drawn to the region for reasons of commerce and ideology, and they quickly found themselves at odds with the British over just about every question, from who should control Saudi Arabia's oil to who should oversee the Suez Canal. Encouraging and exploiting widespread opposition to Great Britain, the U.S. intrigued it way to power, yet soon found itself facing the same sort of determined local resistance that had weakened its predecessor.

An absorbing, deeply researched history, Lords of the Desert is essential reading for anyone who wants to understand the roots of America's entanglement in the Middle East.