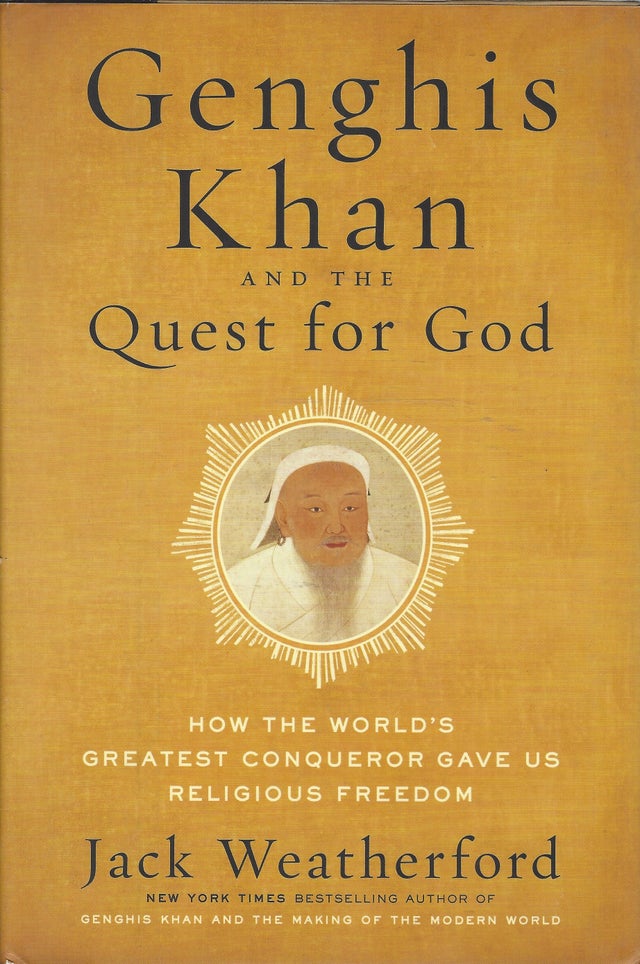 Throughout history, the world's greatest conquerors have made their mark not just on the battlefield, but in the societies they have transformed. Genghis Khan conquered by arms and bravery, but he ruled by commerce and religion. Like many of history's most transformative leaders, he was both a warrior and a lawmaker. Few empire builders have been more ruthless, or more successful.

Genghis Khan lived at a time of great religious fervor -- when monasteries were exploding throughout Christendom, Taoism and Buddhism were vying for new converts in China, and Islam was at its apogee as a world power. He fought in the Middle East and Afghanistan and struggled with many of the same problems we face today: How should one rein in religious fanatics? Can one compel people of rival faiths -- driven by deep-seated hatred -- to live together in peace? He went out on campaign with no more than 100,000 men. How did he manage to pacify millions?

Jack Weatherford spent eighteen years exploring areas of Mongolia closed until the fall of the Soviet Union and researching The Secret History of the Mongols, a long-suppressed oral history of the creation of the Mongol empire. He pored through archives and found groundbreaking evidence of Genghis Khan's influence on the founding fathers and his essential impact on Thomas Jefferson, who reproduced the language of his edicts in the statute of the state of Virginia. As hard as it is to believe, we owe our doctrine of religious freedom in part to a distant nomad who forged the world's greatest empire in a trail of blood.