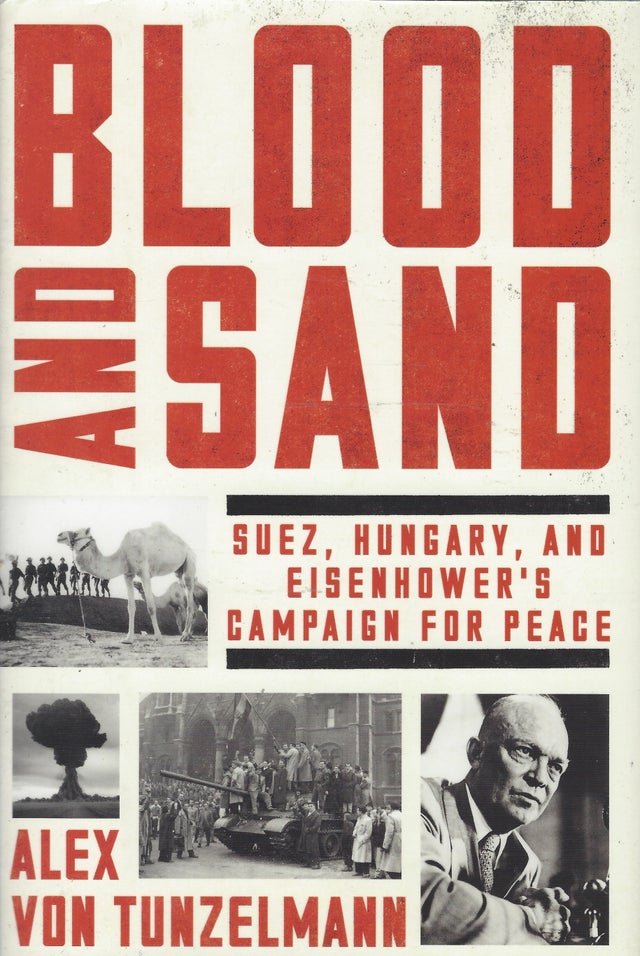 The year 1956 was a turning point in history. Over sixteen extraordinary days in October and November, the twin crises of Suez and Hungary pushed the world to the brink of a nuclear conflict and what many at the time were calling World War III.

Blood and Sand relates this story hour-by-hour, through an international cast of characters: Anthony Eden, the British prime minister, caught in a trap of his own making; Gamal Abdel Nasser, the bold young populist leader of Egypt; David Ben-Gurion, the strong-willed founding prime minister of Israel; Guy Mollet, the bellicose French prime minister; and Dwight D. Eisenhower, the American president, torn between an old world order and a new one in the very same week that his own fate as president was to be decided by the American people.

This is a fresh new account of these dramatic events and people, one that for the first time sets both crises in the context of the global Cold War, the Arab-Israeli conflict, and the treacherous power politics of imperialism and oil. Blood and Sand resonates strikingly with the problems of oil control, religious fundamentalism, and international unity that face the world today, and is essential reading for anyone concerned with the state of the modern Middle East and Europe.