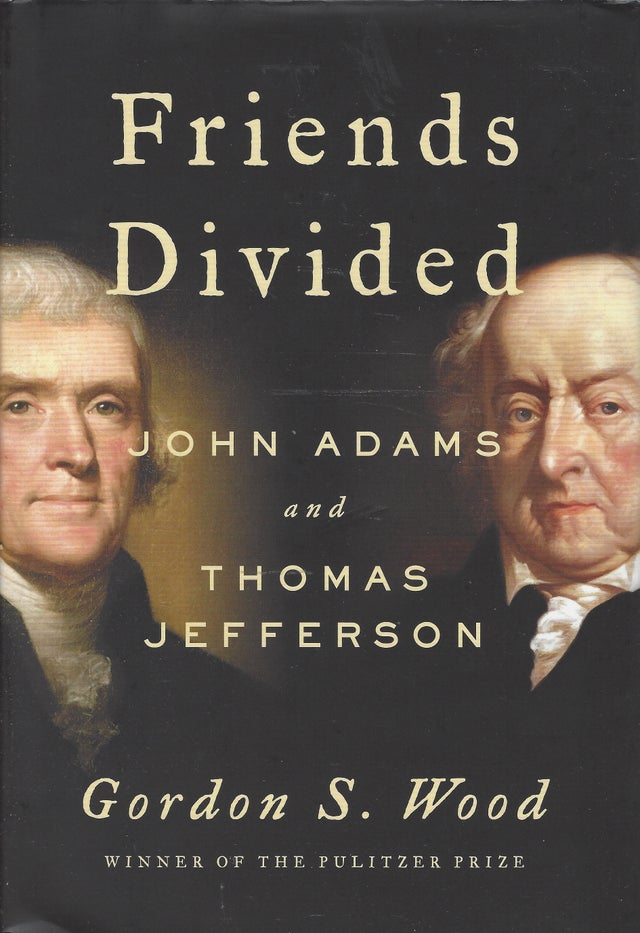 Thomas Jefferson and John Adams could scarcely have come from more different worlds or been more different in temperament. Jefferson, the optimist with enough faith in the innate goodness of his fellow man to be democracy's champion, was an aristocratic southern slave owner, while Adams, the overachiever from New England's rising middling classes, painfully aware that he was no aristocrat, was a skeptic about popular rule and a defender of a more elitist view of government. They worked closely in the crucible of revolution, crafting the Declaration of Independence and, with Franklin, leading the diplomatic effort that brought France into the fight. But ultimately their profound differences led to a fundamental crisis, both in their friendship and writ large in the nation, as they became the figureheads of two entirely new forces, the first American political parties. It was a bitter breach, lasting through the presidential administrations of both men and beyond.

But late in life, something remarkable happened: these two men were nudged into reconciliation. What started as a grudging trickle of correspondence became a great flood, and a friendship was rekindled over the course of hundreds of letters. In their final years they were the last surviving Founding Fathers and cherished their role in this mighty young republic as it approached the half-century mark in 1826. At last, on the afternoon of July 4, fifty years to the day after the signing of the Declaration, Adams let out a sigh and said, "At least Jefferson still lives." He died soon thereafter. In fact, a few hours earlier on that same day, far to the south in his home at Monticello, Jefferson had died as well.

Arguably no relationship in this country's history carries as much freight as that of John Adams of Massachusetts and Thomas Jefferson of Virginia. Gordon Wood has more than done justice to these entwined lives and their meaning; he has written a magnificent new addition to America's collective story.