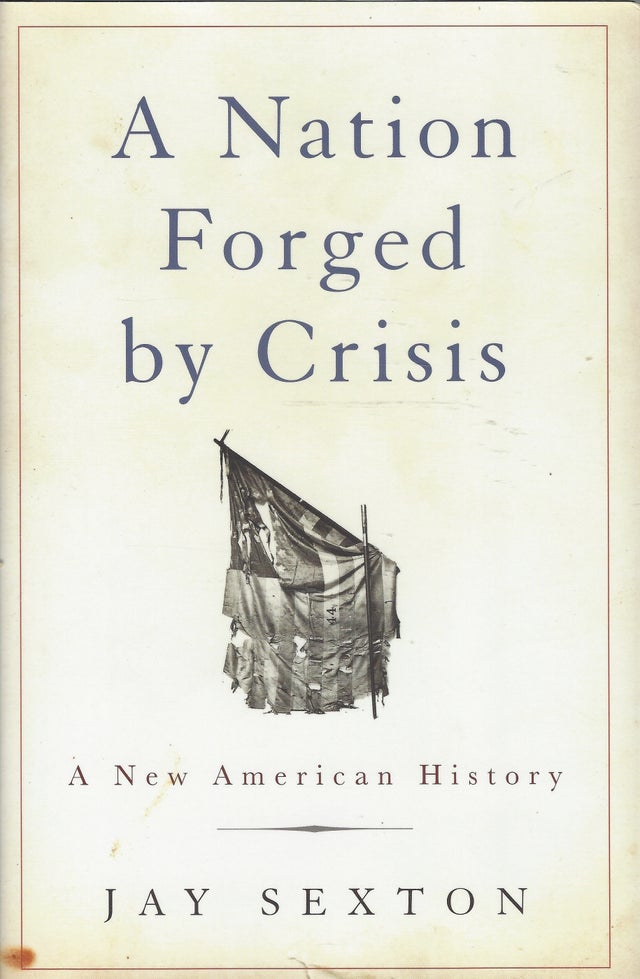 We like to think that American history is a story of progress, a morality tale in which the nation inches ever closer to realizing its founding ideals. Yet as acclaimed historian Jay Sexton argues, this story is largely a fiction. In fact, our national history has been decisively shaped by moments of unexpected crisis.

In A Nation Forged by Crisis, Sexton explores the upheavals that have made American history from the mid-eighteenth century to the present day. Moreover, he shows how these crises were the products of forces that extended beyond America's borders. The Revolution was caused less by high ideals than it was by sudden changes in Atlantic trade, migration, and imperial rivalry. The divide over slavery that led to the Civil War was intensified by the absence, for the first time in decades, of foreign threats. The New Deal was not the single-handed work of Franklin Roosevelt, but the result of a stunning transformation of the Democratic Party by European immigrants and their offspring.

A masterful corrective to the conventional American narrative, A Nation Forged by Crisis demonstrates that we can only prepare for what come next by first understanding the ruptures in our past. As Sexton argues, our collective future could look less like the twentieth century than the nineteenth -- when our nation was fractured by class and racial conflict, and when the world's peoples quarreled over trade, immigration, and empire.