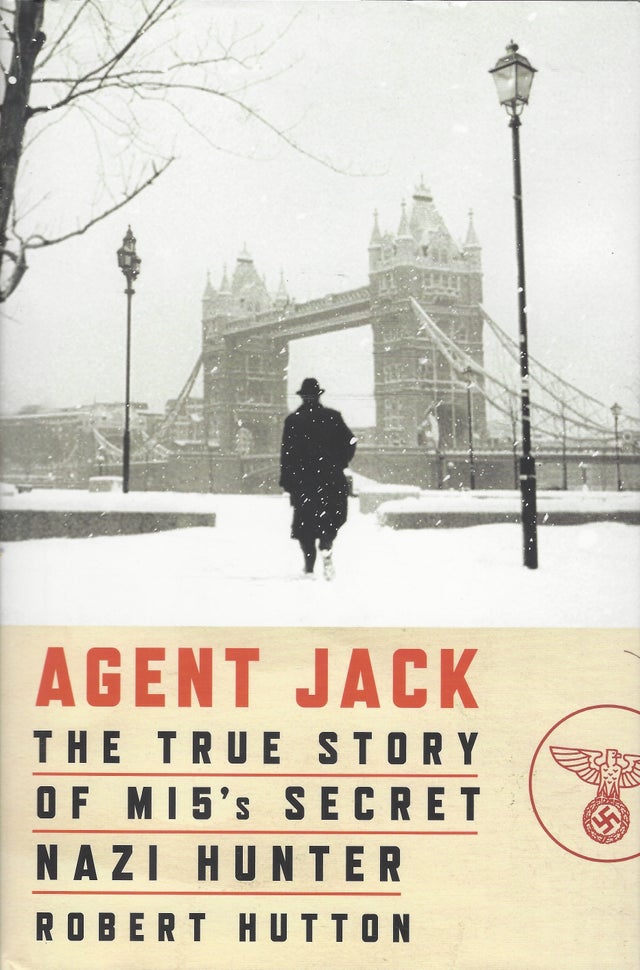 June 1940: Europe has fallen to Adolf Hitler's army, and Britain is his next target. Winston Churchill urges the country to resist the Nazis, and the nation seems to rally behind him. But in secret, some British citizens are plotting to hasten an invasion. Agent Jack tells the incredible true story of Eric Roberts, a seemingly inconsequential bank clerk who, under the code name "Jack King," helped uncover and neutralize the invisible threat of fascism on British shores. Gifted with an extraordinary ability to make people trust him, Eric Roberts penetrated the Communist Party and the British Union of Fascists before playing his greatest role for MI5: Hitler's man in London.

Pretending to be an agent of the Gestapo, Roberts single-handedly built a network of hundreds of British Nazi sympathizers -- factory workers, office clerks, shopkeepers -- who shared their secrets with him. The secret operation, dubbed Fifth Column and run by a brilliant female scientist and a Jewish aristocrat with a sideline in bomb disposal, was work so hidden and sensitive that it was kept out of the reports MI5 sent to Winston Churchill.

In a gripping real-world thriller, Robert Hutton reveals the never-before-told story of an operation whose existence has only recently come to light with the opening of MI5's WWII files. Drawing on these newly declassified documents and private family archives, Agent Jack shatters the comforting notion that Britain could never have succumbed to fascism and, consequently, the world could never have fallen to Hitler. Agent Jack is the story of one man who loved his country so much that he risked everything to stand against a rising tide of hate.