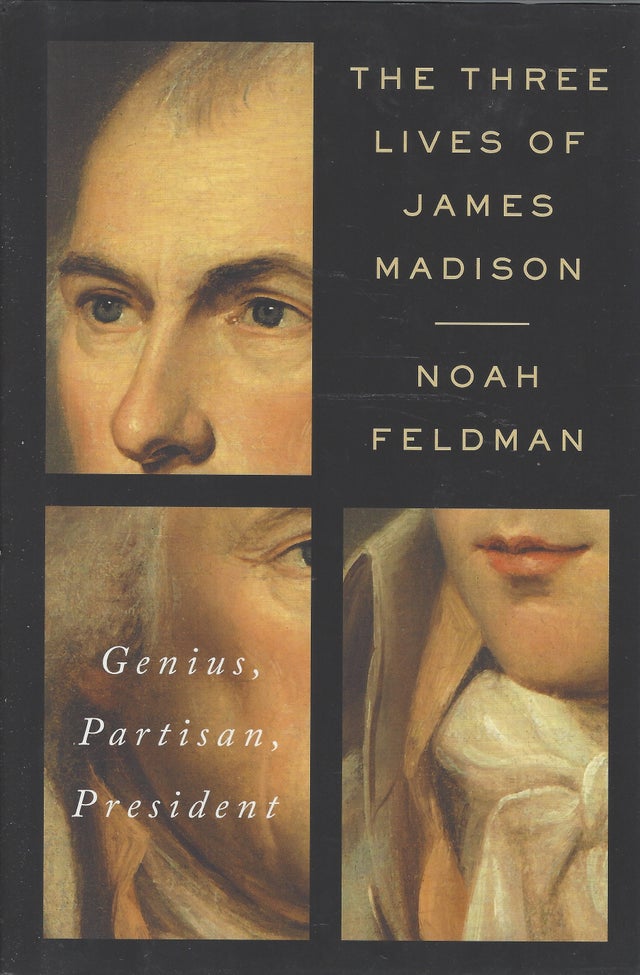 Over the course of his life, James Madison changed the United States three times: First, he designed the Constitution, led the struggle for its adoption and ratification, then drafted the Bill of Rights. As an older, cannier politician, he co-founded the original Republican party, setting the course of American political partisanship. Finally, having pioneered a foreign policy based on economic sanctions, he took the United States into a high-risk conflict, becoming the first wartime president and, despite the odd, winning.

In The Three Lives of James Madison, Noah Feldman offers an intriguing portrait of this elusive genius and the constitutional republic he created -- and how both evolved to meet unforeseen challenges. Madison hoped to eradicate partisanship yet found himself giving voice to and institutionalizing the political divide. Madison's lifelong loyalty to Thomas Jefferson led to an irrevocable break with George Washington, hero of the American Revolution. Madison closely collaborated with Alexander Hamilton on the Federalist papers -- yet their different visions for the United States left them enemies.

Alliances defined Madison, too. The vivacious Dolley Madison used her social and political talents to win her husband new supporters in Washington -- and define the diplomatic customs of the capital's society. Madison's relationship with James Monroe, a mixture of friendship and rivalry, shaped his presidency and the outcome of the War of 1812.

We may be more familiar with other Founding Fathers, but the United States today is in many ways Madisonian in nature. Madison predicted that foreign threats would justify the curtailment of civil liberties. He feared economic inequality and the power of financial markets over politics, believing that government by the people demanded resistance to wealth. Madison was the first Founding Father to recognize the importance of public opinion and the first to understand that the media could function as a safeguard to liberty.

The Three Lives of James Madison is an illuminating biography of the man whose creativity and tenacity gave us America's distinctive form of government. His collaborations, struggles, and contradictions define the United States to this day.

THIS IS A BRAND NEW BOOK. THERE IS A RED "CLOSEOUT/REMAINDER" MARK ON THE BOTTOM PAGE EDGES AND A "WRINKLE" ON THE BACK OF THE DUST WRAPPER.