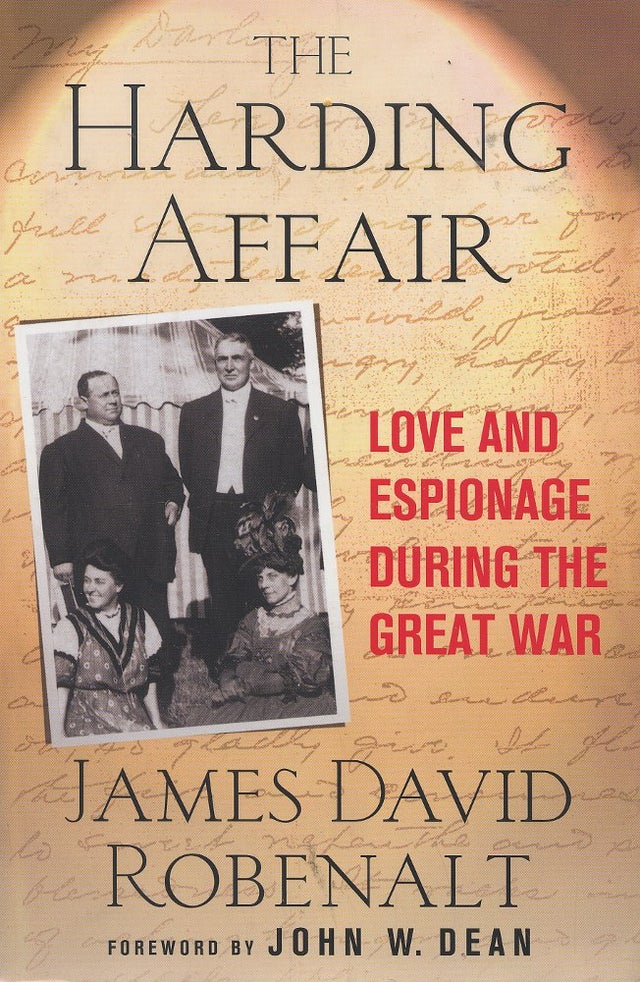 Warren Harding fell in love with his beautiful neighbor Carrie Phillips in the summer of 1905, almost a decade before he was elected a United States Senator and fifteen years before he became the twenty-ninth president of the United States. When the two lovers began their long-term and torrid affair, neither of them could have foreseen the implications of their relationship on one of the greatest conflicts in history, World War I. Harding would become a senator with the power to vote for war, while Phillips and her daughter would become German agents, spying on a U.S. training camp in the hopes of gauging for the Germans the pace of mobilization of the U.S. Army for entry into the battlefields of France.

Based on over 800 pages of correspondence that had been placed under seal in the archives of the Library of Congress in the 1960s, The Harding Affair tells the previously unexamined and unknown stories of Harding's personal and political life, including his passionate and political complicated romance.

James David Robenalt explores the reasons that the United States became involved in World War I, and explains why so many Americans at the time supported Germany, even after the United States entered the conflict in the spring of 1917. The comprehensive revelations are set in a suspenseful narrative that interweaves a real-life spy drama with the story of Harding's rise to the presidency -- a story that will never be seen in quite the same light again.