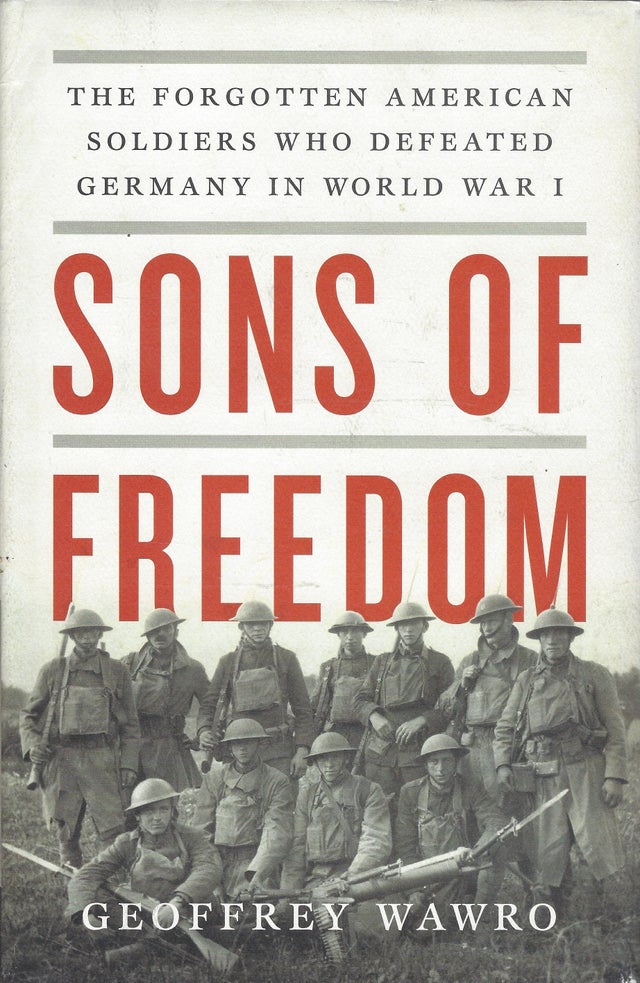 The American intervention in World War I is one of the great stories of the twentieth century, and yet it has all but vanished from view. Historians have portrayed the American war effort as largely economic and symbolic. But as prize-winning historian Geoffrey Wawro shows in Sons of Freedom, the French and British armies were on the verge of collapse in 1918, and may well have lost the war without the Doughboys. British commander Field Marshal Douglas Haig judged the Allied victory a "miracle" -- but it was a distinctly American miracle.

Drawing on extensive research in U.S., British, French, German, and Austrian archives, Wawro weaves together details of the politics, diplomacy, battles, strategic deliberations, and the dreadful human cost of the American war effort on the Western Front. Fundamentally revising the history of the First World War and its tense final year, Sons of Freedom also explores Woodrow Wilson's reluctant intervention in the war and his failed peacemaking at Versailles.

In this magisterial account, Wawro resurrects the vital U.S. role in World War I, finally giving voice to the brave Americans who saved the Allies, defeated Germany, and established the United States as the greatest of the great powers.