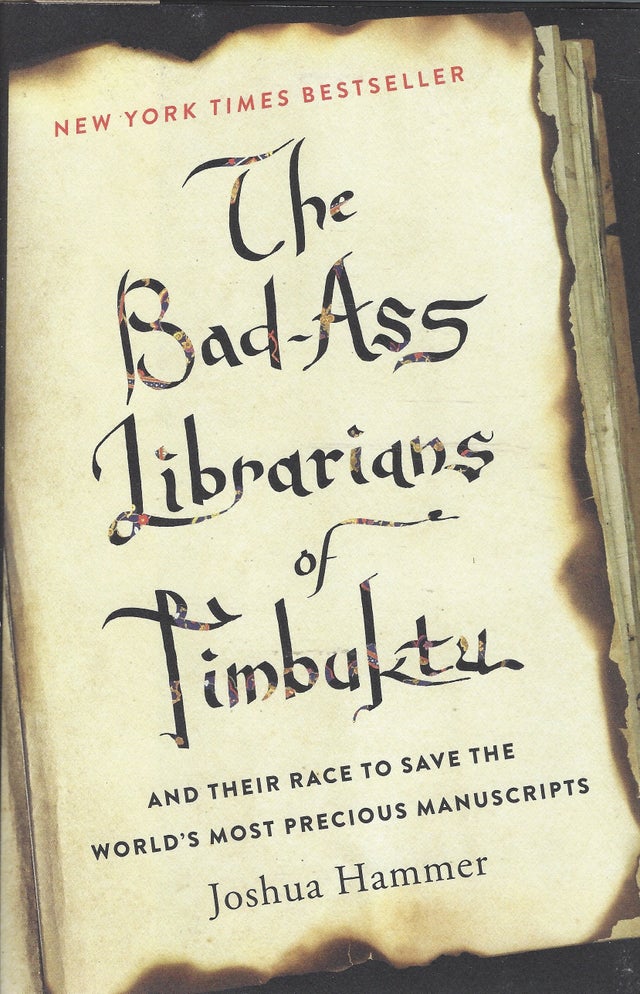 In the 1980s, a young adventurer and collector for a government library, Abdel Kater Haidara, journeyed across the Sahara and along the Niger River, tracking down and salvaging tens of thousands of ancient Islamic and secular manuscripts that were crumbling in the trunks of desert farmers. His goal was to preserve this crucial part of the world's patrimony in a gorgeous library. But then Al Qaeda showed up at the door.

The Bad-Ass Librarians of Timbuktu tells the incredible story of how Haidara, a mild-mannered archivist and historian from the legendary city of Timbuktu, became one of the world's greatest and most brazen smugglers by saving the texts from sure destruction. With bravery and patience, he organized a dangerous operation to sneak all 360,000 volumes out of the city to the safety of southern Mali. This real-life thriller is a reminder that ordinary citizens often do the most to protect the beauty and imagination of their culture. It is also the story of a man who, through extreme circumstances, discovered his higher calling and was changed forever by it.