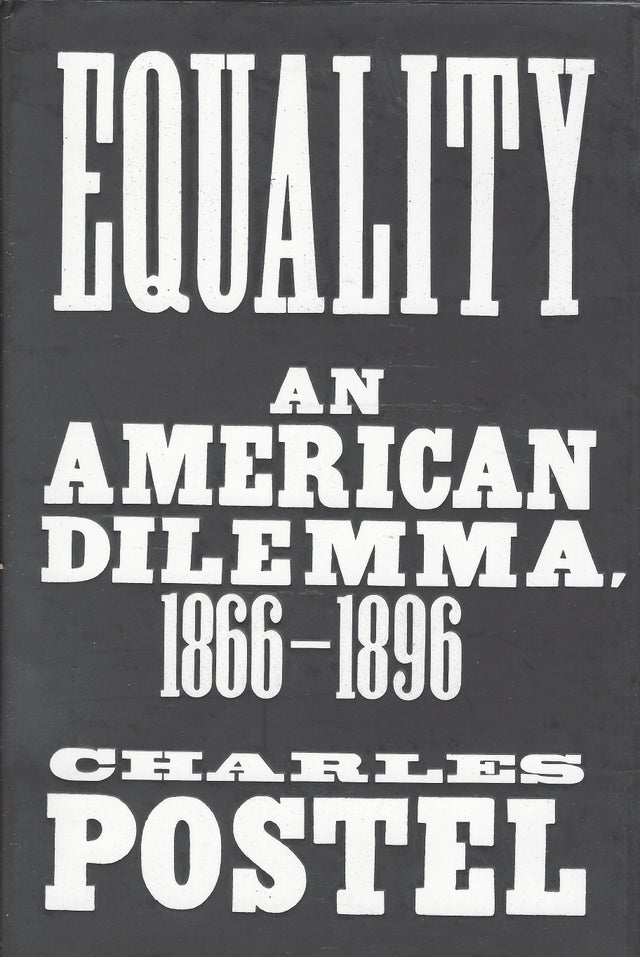 In the chaotic years following the Civil War, former slaves, women's rights activists, farmhands and factory workers were all in pursuit of the meaning of equality in America. These claims, though varied, resulted in experiments in collective action as millions joined a dense web of unions, fraternities, cooperatives, leagues, and clubs spreading from coast to coast. In Equality: An American Dilemma, 1866 - 1896, the Bancroft Prize-winning historian Charles Postel demonstrates how taking stock of these movements forces us to rethink some of the central myths of American history.

Despite this nationwide push for equality, egalitarian impulses often clashed with one another. These opposing dynamics go to the heart of the great paradox of the fifty years following the Civil War, and of American history at large. As waves of agricultural, labor, and women's rights movements gained momentum, they were accompanied by the deepening of racial discrimination and oppression across the nation. As a result, herculean efforts to overcome the economic inequality of the first Gilded Age and the sexual inequality of the late-Victorian social order emerged alongside Native American dispossession, Chinese exclusion, Jim Crow segregation, and lynch law. As Postel writes, "Too often, fraternity and solidarity rested on division and exclusion."

Postel argues that the twenty-first century has ushered in a new age of division and exclusion, a second Gilded Age of savage socioeconomic inequalities. Deeply researched and illuminating, Equality: An American Dilemma explores the roots of the social fissures that appeared in the wake of the Civil War and speaks urgently to the need for making expansive strides toward an inclusive definition of equality with which we can meet our contemporary crisis.