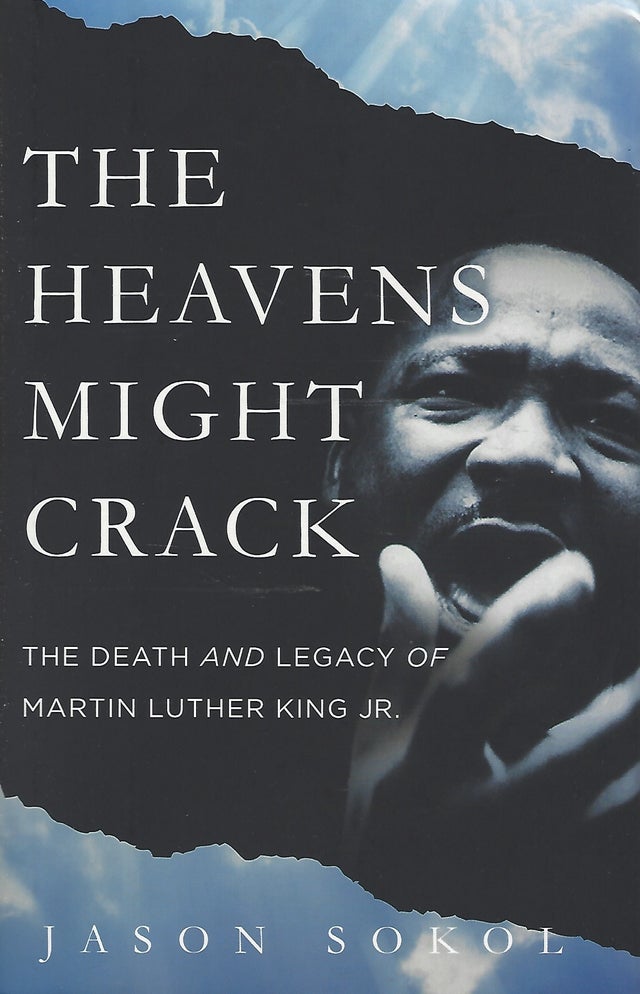 On April 4, 1968, Martin Luther King Jr. was fatally shot as he stood on the balcony of the Lorraine Motel in Memphis. Today, his murder is seen as a national tragedy, a moment of collective shame. Yet at the time, King was a polarizing figure -- scorned by many white Americans, worshiped by some African Americans and liberal whites, and deemed irrelevant by younger blacks -- and his assassination was met with uncomfortably mixed reactions. In The Heavens Might Crack, historian Jason Sokol traces these diverse responses, shedding new light on a moment when our highest ideals were brought low.

Riots tore through American cities while some whites celebrated King's death. The effects rippled across the globe, from London to Johannesburg, and in Washington, D.C., his murder spurred major gun control legislation.

King's assassination acted as a tipping point in the nation's racial history. Just a few years prior, with the enactment of landmark civil rights laws, peaceful progress toward equality seemed probable. With King's death, most agreed that the final flicker of hope for a multiracial America had been extinguished. The assassination exposed an enduring white racism and contributed to a rising militancy among African Americans. In the place of hope, outrage and indifference, anger and apathy reigned. King's ideal of the beloved community dissolved into a fanciful dream.

A deeply moving account of a country coming to terms with an act of shocking violence, The Heavens Might Crack reveals how King's assassination shaped his own legacy -- from a controversial figure in 1968 to a canonized hero today -- and the course of the civil rights movement and race relations in America.